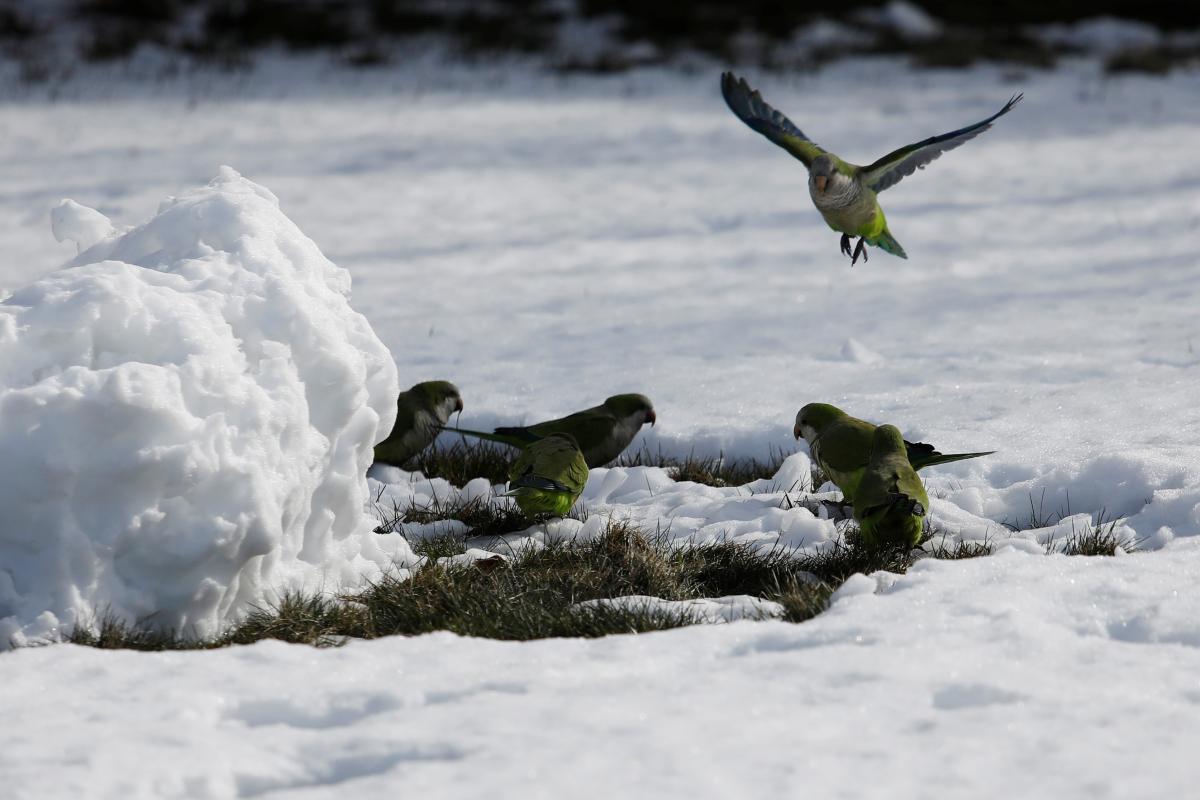 NEW YORK (Reuters) - Parakeets from Argentina have turned a corner of a New York cemetery into an unlikely home, framed by a grand Gothic arch, that is attracting a growing number of nature and history lovers.

Like many immigrants, the bright green Monk parakeets, also known as Quaker parrots, settled into a dark, scary enclave and turned it into a colourful neighbourhood teeming with life even in the dead of winter.

Considered agricultural pests in their native Argentina, the parakeets now nesting near the gateway to Brooklyn’s Green-Wood Cemetery arrived in the 1950s at John F. Kennedy Airport to be sold to the highest bidder, according to popular folklore. Somehow they escaped and sought refuge in a quiet corner where few humans dare to tread, comforting mourners with their loud calls.

Since then, the birds have become such a draw that the picturesque cemetery established in 1830, one of the largest and most prominent U.S. burial grounds, welcomed 40,000 visitors in 2017 on its guided tours with themes ranging from “birding basics” to flowers and history, at prices starting at $10.

“It’s almost a perfect place for them because it’s a private property, no one’s going to mess with them,” Brooklyn resident Stephen Baldwin, 62, said of the parakeets he has been following since 2005. “They don’t have the problem of nesting on utility poles,” so the power companies do not bother them, he added.

Seed-bearing trees, including pine, and grass supply plenty of food for a population of about 75 parakeets in the 500-acre (202-hectare) cemetery where rich and famous New Yorkers are buried.

The birds are a “tremendous hit,” said Green-Wood Cemetery historian Jeff Richman, noting that visitors leave bustling Brooklyn through the landmark gateway to enter a “religious experience” with nature.

That is an unlikely role for a bird considered an agricultural pest in many parts of the world, including California, Georgia, Kansas, Kentucky, Hawaii, New Jersey and Pennsylvania. In those states, sale and ownership of the birds are outlawed, according to parrot enthusiast websites and state wildlife and fisheries departments.

The hardiness of Monk parakeets is little known in cities, where they are popular as fluffy, humorous pets.

But they are the only parrots to build stick nests in colonies that provide insulation in cold winters, including on structures such as a New York cemetery archway.