Parts of country turned into a ‘winter wonderland’ after rain 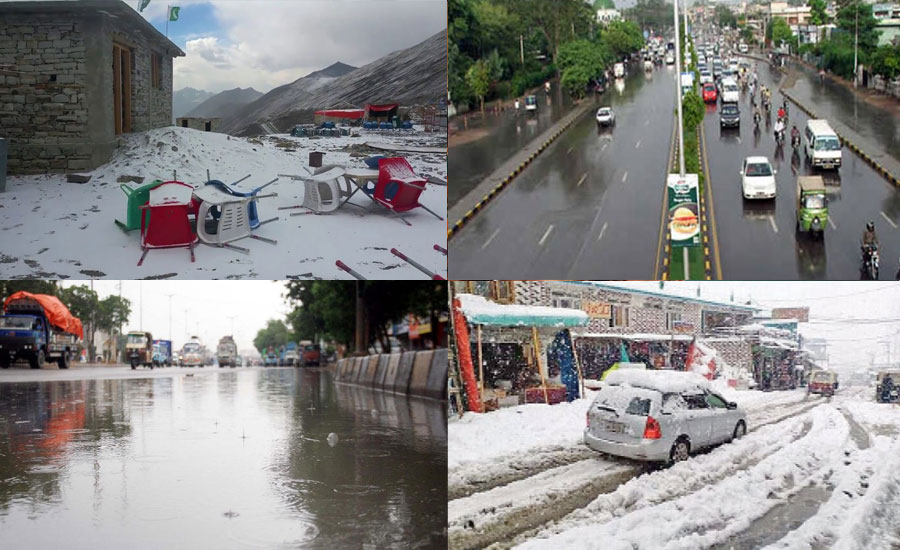 Parts of country turned into a ‘winter wonderland’ after rain

ISLAMABAD (92 News) – The midnight downpour in different parts of the country turned into ‘winter wonderland’ on Friday (today). According to the reports, the rain and snowfall have dipped temperatures bringing chilly weather in all parts of Diamer district. The upper parts of Astore valley in Gilgit-Baltistan have received heavy snowfall dipping the mercury and restricting people to their houses. The first snowfall of autumn continued at Babusar Top. After six inches snowfall Babusar to Naran National Highway has been closed for traffic, officials said. Several vehicles traveling from Rawalpindi to Chilas and Gilgit have been stranded on road due to the weather. The Babusar road has been closed for vehicular traffic temporarily. The upper regions of Diamer district including Nanga Parbat and Batogah Top also receiving snowfall. The district administration fearing road blockades in the areas due to heavy snowfall.

Cool wind and rain have also turned weather into winter across Pakistan including the cities of Punjab. There were also reports of power outages in several parts of the cities. Lahore, Gujranwala, Faisalabad, Jhang, Attock, Muree and Peshawar observed the intermittent downpour. However, the roads remained clear and traffic normal.

The first rainfall of the winter season lashed different cities of Punjab, including Lahore and added a chill to the already cold weather. The residents witnessed a relatively colder day as the minimum temperature in Lahore was recorded 22-degree Celsius after the rainfall.

The midnight downpour in different parts of the metropolis turned the weather pleasant.  The rains came a week after the heavy rains wreaked havoc on the city’s ill-maintained electricity and sewerage systems. Light to heavy downpour was reported in Karachi’s areas of Gulshan-e-Iqbal, Gulistan-e-Jauhar, Shahra-e-Faisal, Malir, Airport and Landhi. Saddar, II Chundrigar Road, MA Jinnah Road were also among the areas where it rained overnight. There were also reports of power outages in several parts of the port city. However, the roads remained clear and traffic normal.