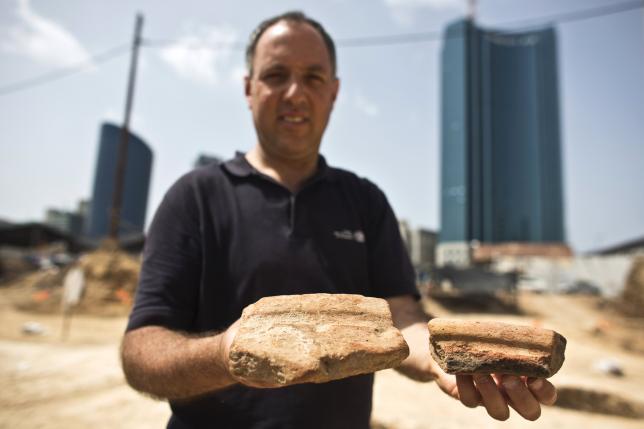 TEL AVIV – Fragments of ancient beer-brewing basins unearthed in Tel Aviv indicate that Egyptians more than 5,000 years ago had settled farther north than previously known and were imbibing in what is now Israel's most hard-partying city. Israel's Antiquities Authority said the ceramic vessels, crafted in an Egyptian method that differed from local pottery-making at the time, would have held a thick, partially baked barley and water mixture left to ferment in the sun. The shards were found under an office construction site in downtown Tel Aviv in 17 pits used to store agricultural produce in the Early Bronze Age (3500-3000 BC), the Antiquities Authority said in a statement. The discovery suggested that Egyptians settled further north during that era than once believed. Archaeologists in Israel have found evidence of Egyptian communities to the south, in the Negev and along its Mediterranean coast. –Reuters