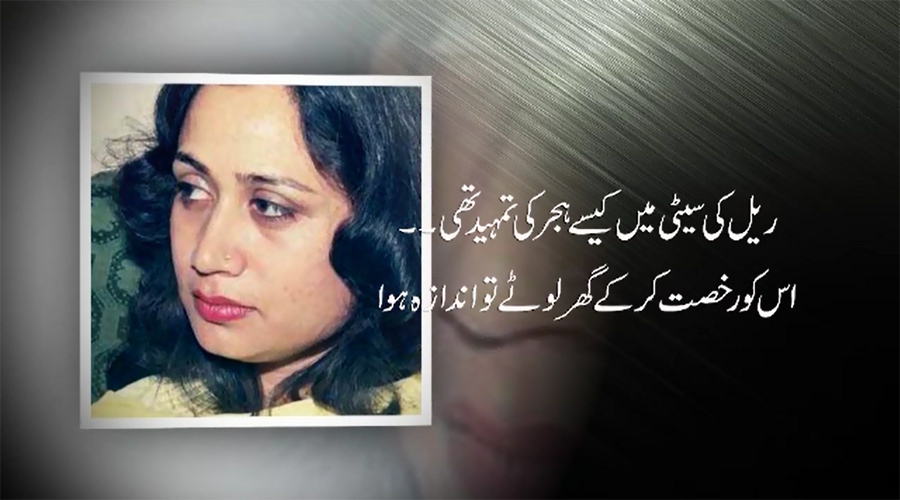 ISLAMABAD (92 News) – Renowned legendry Urdu poet Parveen Shakir is being remembered on her 64th birth anniversary today (Thursday). She started writing at very early age with pen name Beena, was born on November 24, 1952 and died at only 42 on December 26, 1994. During her educational career Shakir earned three masters degrees in English Literature, Linguistics and Bank Management, and a PhD in Bank Administration. Shakir joined civil services of Pakistan in 1976 in customs department. She was appointed as second secretary in the department in 1986. She was a legendary female poet who started her professional career in her childhood. Her famous poetry books include “Khushbu”. "Sad-Barg", Khud’kalaami" and Inkar. Parveen Shakir died in a car accident while she was going to work in 1994. She was honored with Pakistan’s highest Pride of Performance Award after death while Pakistan Post also issued an honorary ticket in her name in 2013.