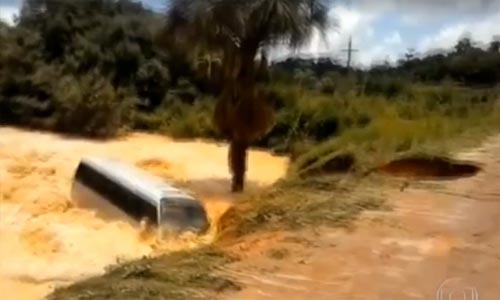 BRAZIL – A bus fell through a large crater that had formed in a road in northern Brazil and was carried away by rushing flood water. The passengers of the bus were able to escape the doomed bus before it was swallowed up by the massive hole and nobody was hurt. Several of the passengers managed to film the incident and their images were circulating on social media in Brazil. The accident occurred in the northern Para state on a highway near the cities of Itaituba e Ruropolis. – Reuters