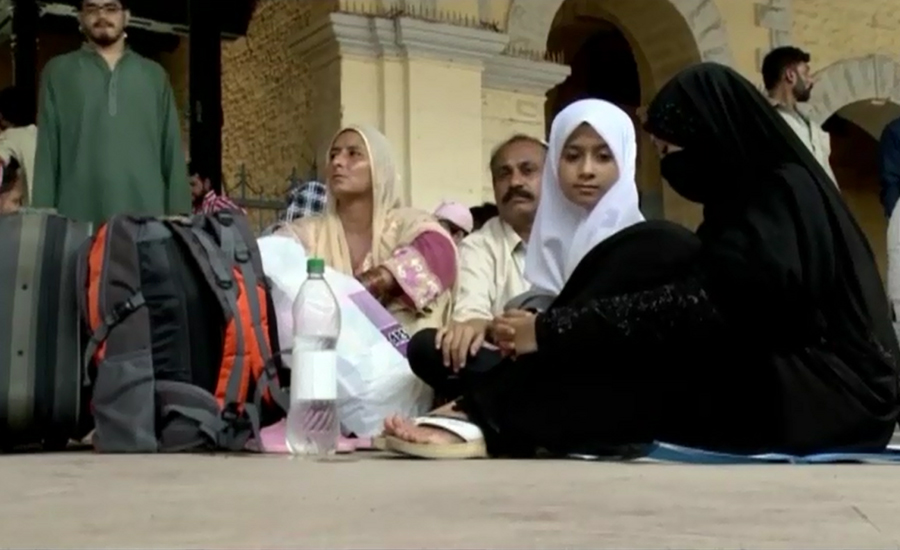 ISLAMABAD (92 News) – Hundreds of passengers on the beleaguered train network face travel chaos on Sunday as Train Drivers Welfare Association (TDWA) went on a strike in favor of their demands. The Train Drivers Welfare Association had in the wee hours of Sunday announced a strike to meet their demands bringing countrywide railway operations to a halt. The commuters waited for long hours as trains were delayed at Lahore stations. The train drivers demanded the authorities to provide them allowance, reinstatement of suspended colleagues and up-gradation of pay scale. The passengers complained about the performance of Pakistan Railways. The railway administration at Cantonment Railways closed their officer on which the agitating passengers chanted “Go Nawaz Go” slogans. On the other hand, the railway administration said that they won’t be blackmailed and they wont allow anyone to create hurdles in train operation. Meanwhile, Minister for Railways Khawaja Saad Rafique said that the train operation is continuing as per routine across the country. Talking to media in Lahore on Sunday, he said that the Railways administration has foiled a bid of strike by some train drivers by taking timely action. The minister said that the Railways' administration held talks with the train drivers, who were observing strike, but their all the demands could not be accepted. He said thirteen drivers who tried to create problems for passengers by stopping trains in deserted areas have been arrested. “Cases under anti-terrorism act will be registered against these drivers,” he said. Saad Rafique urged the other drivers, who are on strike, to call off the strike and come on duty.