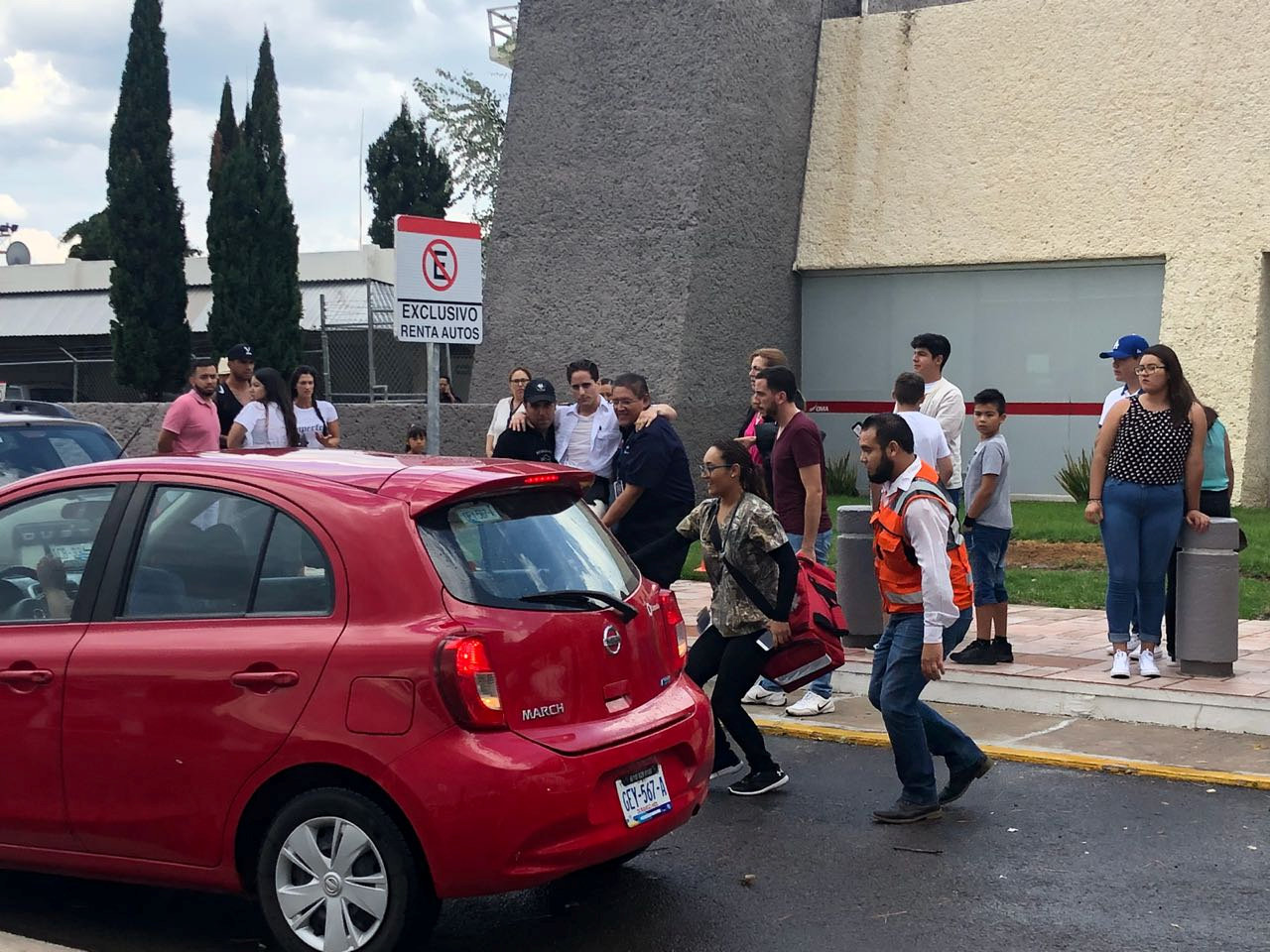 MEXICO CITY (Reuters) - Dozens of people were injured when a packed Aeromexico-operated Embraer jet crashed right after takeoff in Mexico’s state of Durango on Tuesday, but authorities said most were not seriously hurt and there were no fatalities.
The mid-sized jet was almost full, with 103 people including two infants and four crew members on board, when it crashed at about 4 pm local time (2100 GMT), authorities said. Passengers and crew jumped to safety before the plane was engulfed in flames. Passenger Jackeline Flores told reporters the plane crashed shortly after taking off in heavy rain. She and her daughter escaped from a hole in the fuselage as the aircraft filled up with smoke and flames, she said. “A little girl who left the plane was crying because her legs were burned,” said Flores, who said she was Mexican but lived in Bogota, Colombia. Flores said her passport and documents burned in the fire. “I feel blessed and grateful to God,” she said. TV images showed the severely damaged body of the plane after it came to rest in scrubland and a column of smoke rose into the sky. The plane had barely taken off when it felt like it was hit by a strong air current, another passenger told network Televisa. Durango Governor José Rosas Aispuro also said a gust of wind rocked the plane before it plunged suddenly, citing air traffic control at the airport. The plane’s left wing hit the ground, knocking off two engines, before it came to a halt 300 meters (328 yards) from the runway, he told a news conference. Passengers were able to escape on the plane’s emergency slides before it was engulfed in flames, he said. The pilot was the most severely hurt but was in a stable condition. Grupo Aeroportuario Centro Norte, the airport operator, also attributed the crash to bad weather, citing preliminary reports. Aeromexico said in a statement: “We deeply regret this accident. The families of all those affected are in our thoughts and in our hearts.”

Alejandro Cardoza, a spokesman for the state’s civil protection agency, said in an interview that around 85 people had suffered mostly light injuries and that the fire had been put out. The civil protection agency said 37 people were hospitalized, while the state health department said two passengers were in a critical condition. “Many managed to leave the plane on foot,” Cardoza said. The head of Mexico’s civil aviation agency, Luis Gerardo Fonseca, said it could take months to know the cause of the crash. He told Televisa the plane’s voice and data recorders would be recovered once rescue efforts were completed. The United States will send two people to assist the Mexican investigative team, a U.S aviation official said. Flight number 2431 was an Embraer 190 bound for Mexico City when it crashed, Aeromexico said on Twitter. A spokesman for the Mexican airline declined to disclose the passenger list or the nationalities of those on board. Among the passengers was Chicago-born priest Esequiel Sanchez of the Shrine of Our Lady of Guadalupe, according to a statement by the Archdiocese of Chicago. A US embassy spokesman said he did not currently have confirmation of whether any American citizens were involved in the incident. Aeromexico has not had any fatal crashes in the past 10 years. A Mexican pilots association said last year there were 66 accidents and 173 incidents in Mexican aviation, saying the number was “worrying” and calling for more supervision of flying schools, more funds for maintenance and oversight of fleets, and shorter flying hours for pilots. The Embraer 190 was involved in one fatal crash when a Henan Airlines flight overshot a Chinese runway in 2010 and another in Africa in 2013 when a LAM Airlines pilot deliberately crashed the plane during a hostage-taking incident, according to a summary by the Aviation Safety Network. Embraer has delivered more than 1,400 E-Jets. Aeromexico leased the 10-year-old aircraft involved in Tuesday’s incident from Republic Airlines in the United States in 2014, according to data on Planespotters.net. Embraer said late on Tuesday it had sent a team of technicians to the scene of the accident and stood ready to support the investigation. The aircraft, the serial number of which was 190-173, was delivered in May 2008, the company said in a statement.