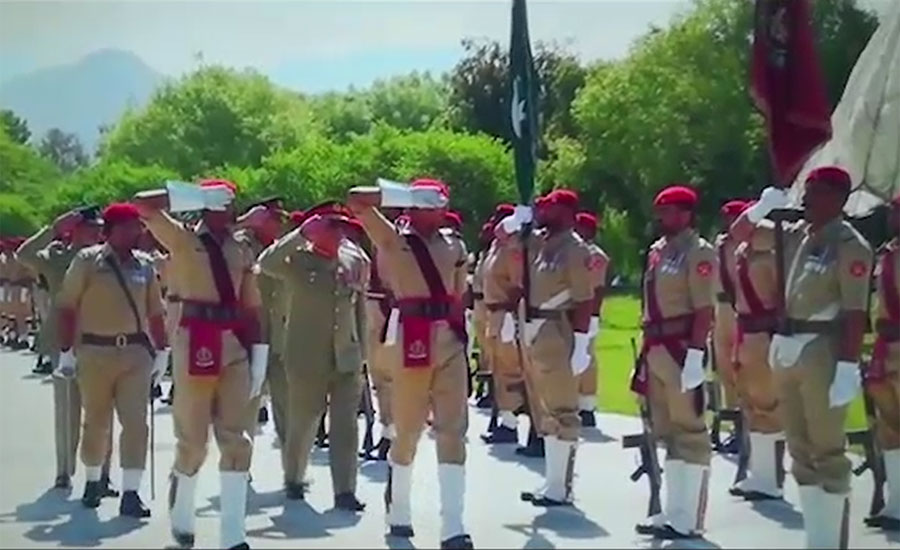 RAWALPINDI (92 News) – Passing out parade of Army Medical Corps Recruits was held at AMC School and Centre Abbottabad on Thursday. Major General Sohail Aziz reviewed the parade as chief guest. According to Inter-Service Public Relation (ISPR), a total of 262 recruits passed out. Recruit Muhammad Imran, awarded Gold Medal for being overall best recruit in the course. A large number of serving and retired AMC officers, soldiers and relatives of passing out recruits attended the ceremony.