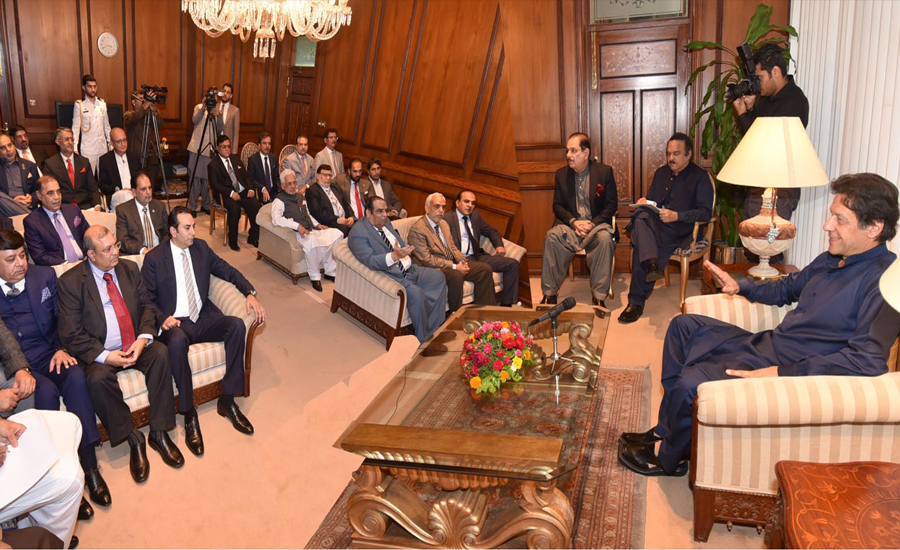 ISLAMABAD (92 News) – Prime Minister Imran Khan has said that the past governments had not only pushed the country into the quagmire of domestic and foreign loans but also totally destroyed the institutions. He was talking to a delegation of the business community on Friday. The prime minister said that they would overcome economic problems if succeeded in overcoming money laundering. “Currently, the country is facing difficult economic conditions. The situation has reached to the extent that billions of rupees are being traced in the accounts of the deceased and vendors,” he maintained. Imran Khan said that the nation is paying the price for the wrong policies and wrongdoings of the past rulers. “The present time is difficult, but the nation has immense potential. We will come out of the crisis soon,” he resolved. He said that the government is determined to go along with the business community. The delegation presented a cheque of Rs 91.9 million for the dam fund to the prime minister and assured him of full support. The delegation was led by United Business Group chairman Iftikhar Ali Malik and SAARC Chamber of Commerce senior president. Meanwhile, the National Bank of Pakistan president also called on the prime minister and presented a cheque of Rs 19.5 million for the dam fund.