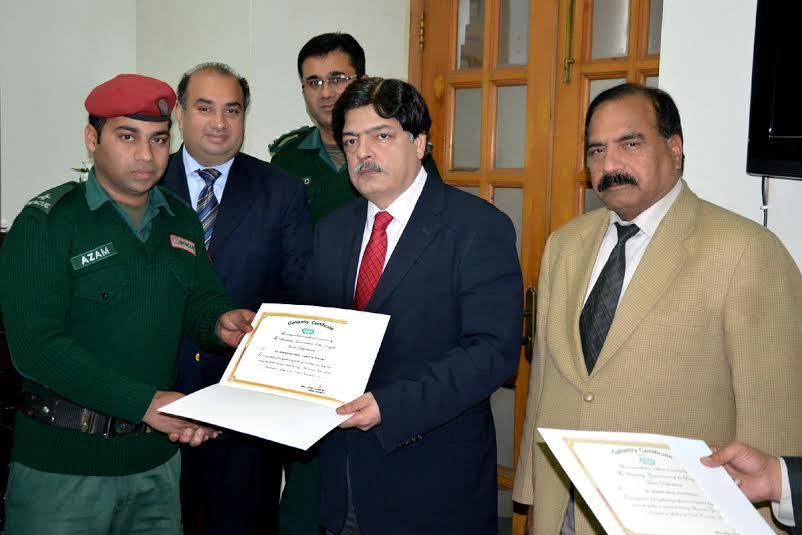 LAHORE (92 News) – Pakistan Awami Tehreek (PAT) has requested Prime Minister Imran Khan to not appoint Major (r) Azam Suleman as the Punjab chief secretary. PAT Secretary-General Khurram Nawaz Gandapur wrote a letter to Prime Minister Imran Khan and Punjab Chief Minister Usman Buzdar for opposing the appointment of Major (r) Suleman's appointment. In his letter, he wrote that Suleman is one of the 12 accused by the families of those victimized in the Model Town incident of 2014. He also mentioned that If any officer, who is involved in the Model Town incident, gets a key important seat, It will be affected on the trial. In a letter to the prime minister, the PAT leader drew his attention to the fact that “Suleman, who is reportedly a favourite for the Punjab chief secretary position, was the province’s home secretary when the Model Town incident took place.” “The list of the 12 accused, for whose summoning the heirs of the Model Town incident’s martyrs have approached the Lahore High Court (LHC), includes Major (r) Azam Suleman’s name,” Gandapur wrote. “Major (r) Suleman is directly responsible for the illegal act of the non-issuance of Justice Baqar Najfi Commission’s report.” Gandapur also claimed that Major (r) Suleman was present during a Rana Sanaullah-chaired meeting, held on June 16, 2014, regarding the “illegal” anti-encroachment operation that led to the Model Town incident. “As the Punjab home secretary, Major (r) Suleman was the right-hand man of former Punjab CM Mian Shahbaz Sharif,” Gandapur added. In the light of the aforementioned, Gandapur asked PM Khan — whose party Pakistan Tehreek-e-Insaf (PTI) has been a longtime ally of PAT — to not give “Major (r) Suleman any government responsibility until he proves his innocence.