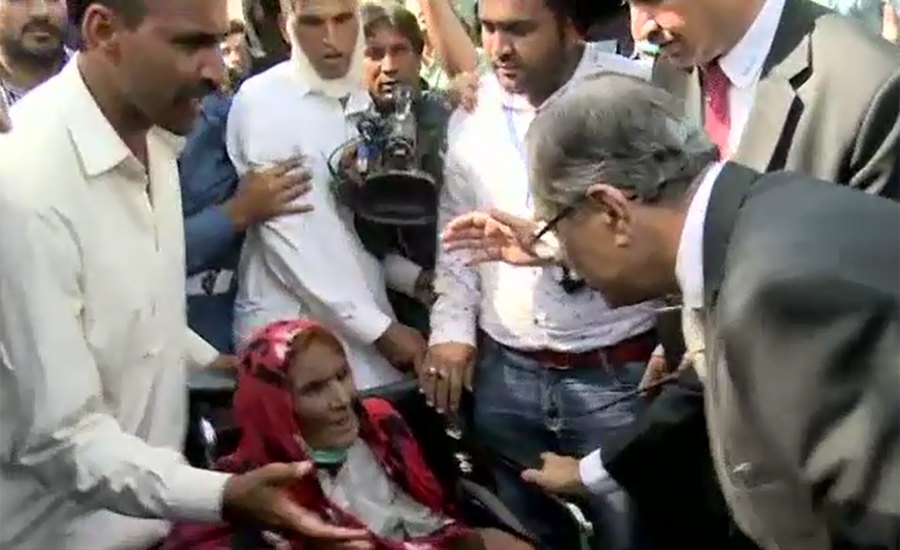 LAHORE (92 News) – Chief Justice of Pakistan Mian Saqib Nisar visited Ghulab Devi Hospital on Saturday. He summoned all doctors of the outdoor. Patients lodged their complaints about bad facilities and irresponsible attitude of doctors. The CJP was also briefed about Medical University at Ghulab Devi Hospital. He also visited different wards of the hospital. Earlier, the CJP stopped his vehicle outside the Lahore Registry on seeing complainants and listened to their complaints. Sughran Bibi, one of the complainants, narrated the story of his son’s murder by the police. The CJP called the woman to the SC Lahore Registry tomorrow.