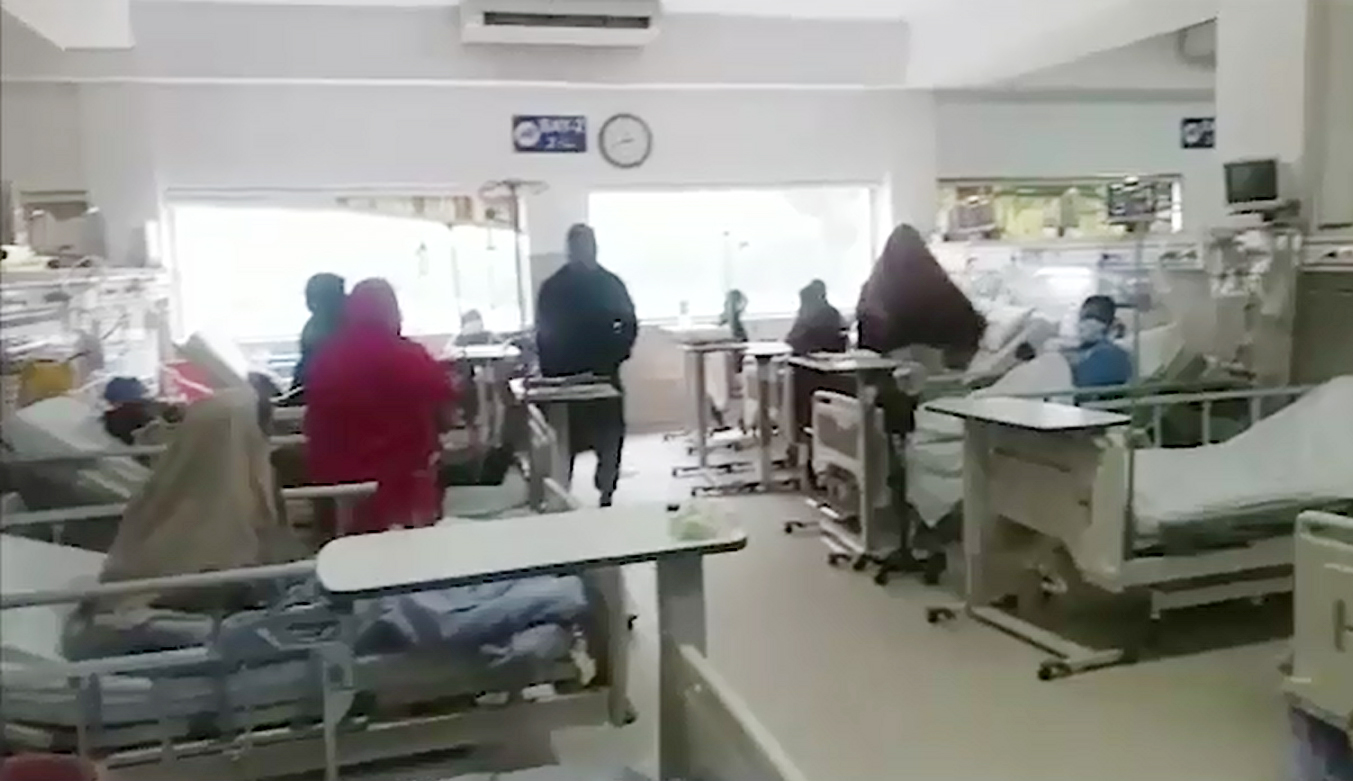 LAHORE (92 News) – Punjab Institute of Cardiology (PIC) remained closed on Friday for the third day since the lawyers’ attack. Work could not be started in Emergency, Outdoor Patients Department (OPD) and Indoor. Owing to closure of the PIC, patients are suffering for unavailability of treatment. The work to restore the building and machines is continuing.

Govt to compensate loss, damage of vehicles of doctors

On the other hand, a high level meeting was held at Punjab Institute of Cardiology in Lahore with Punjab Minister for Health Dr Yasmeen Rashid in the chair to review all dimensions of the tragic incident that took place at the PIC. Speaking on the occasion, the Minister said that government is standing with all victims' including doctors of the Institute. Yasmeen Rashid said the government will estimate the loss and damage of vehicles of doctors and compensate them. She also condemned the attack by legal community on herself.

Capital City Police Officer (CCPO) Zulfiqar Hameed has said that action will be taken against the people involved in hooliganism at Punjab Institute of Cardiology (PIC) as per law. Talking to the media outside the PIC on Thursday, he said that some lawyers had worsened the situation due to the bar election. “The police have been deployed at all important places. It was inappropriate to use the power,” he said. The Lahore CCPO said that the police had twice pushed the lawyers out of the PIC. “The case of the incident has been registered and arrests are being made. Action will be taken against the responsible people according to law,” he said. He said that no one is above the law. “Negotiations were arranged between lawyers and doctors on Tuesday night. Doctors had agreed to apologize and the lawyers also agreed to resolve the matter,” he said. CCPO Zulfiqar Hameed said that the police had handled the matter amicably. “The incident was not planned. The police continued to stop the lawyers. We could not take any step before the incident,” he added.