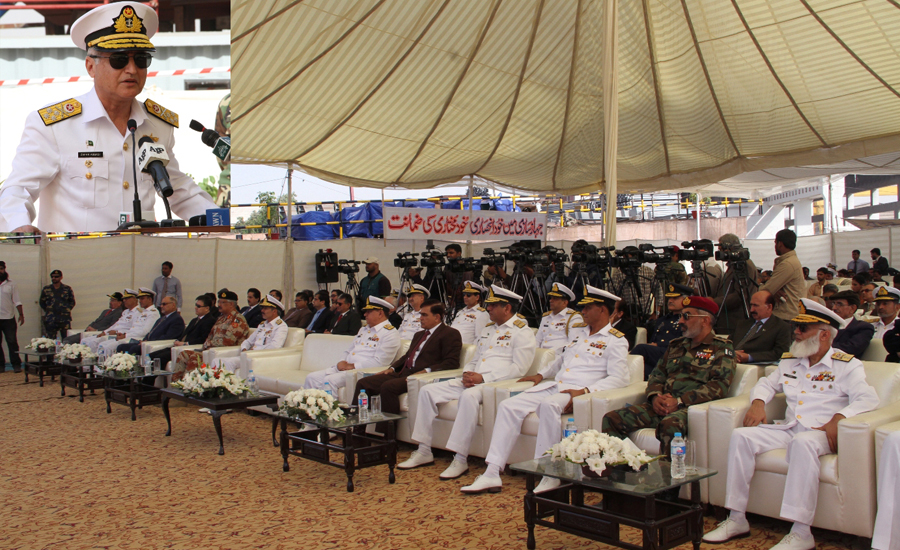 KARACHI (92 News) – The launching ceremony of 600 Tons Maritime Patrol Vessel being built for Pakistan Maritime Security Agency (PMSA), was held at Karachi Shipyard & Engineering Works (KS&EW) on Tuesday. Chief of the Naval Staff Admiral Zafar Mahmood Abbasi graced the occasion as chief guest. The 600 Tons Maritime Patrol Vessel is a state-of-the-art, multi-mission vessel with steel hull and aluminium super structure having length of 68.5 m, breadth of 8.7 m and can achieve a top speed of 27 knots. The ship is fully equipped to enforce maritime security, search and rescue missions in maritime exclusive economic zone of Pakistan and is being built with technical collaboration of China Shipbuilding & Trading Company (CSTC). 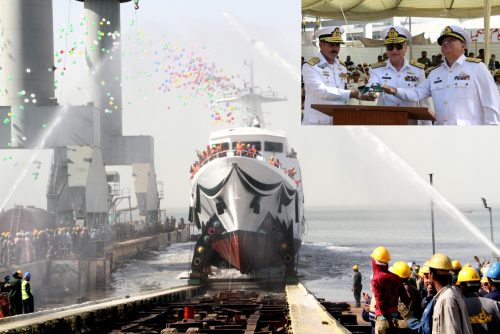 Speaking on the occasion, the Chief Guest Admiral Zafar Mahmood Abbasi congratulated Karachi Shipyard & Engineering Works, CSTC (China) and PMSA on achieving this important milestone and said that it is yet another land mark project that speaks volumes of the evergreen friendship between China and Pakistan. He added that responsibilities of Pakistan Navy and especially PMSA have increased manifolds after start of CPEC and extension in EEZ. While highlighting the significance of CPEC, the admiral said that CPEC will transform Pakistan into a regional economic hub. If we capitalize on just 10 percent of China’s external trade, it will be about five times the current volume of trade that we are carrying through our port. He further said that Maritime sector alone has the potential to double or even triple our GDP. He urged different strata of society to render their support in the development of the ship building and maritime sector. 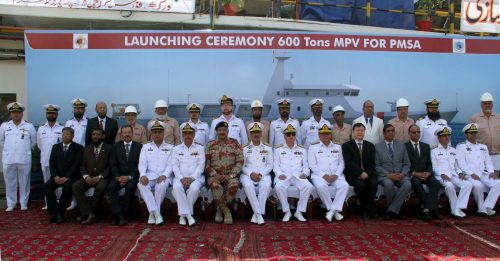 Earlier, MD KS&EW Rear Admiral Syed Hasan Nasir Shah, in his welcome address, said that this MPV is part of contract between Ministry of Defence Production and CSTC (China) for construction of 6 MPVs for PMSA and these MPVs will act as a force multiplier for PMSA in safeguarding maritime frontiers of Pakistan together with Pakistan Navy. He also apprised about other ongoing projects at KS&EW including 1500 Tons MPV, 32 Tons Bollard Pull Tugs and Fast Attack Craft (Missile)-4. Rear Admiral Syed Hasan Nasir also thanked the Pakistan government and Pakistan Navy for entrusting KS&EW with mega project of construction of four submarines and informed that preparations for the project are in full swing to start it as per scheduled time. The launching ceremony was attended by high ranking officials from Government of Pakistan, Pakistan Navy, China Shipbuilding & Trading Company and KS&EW.