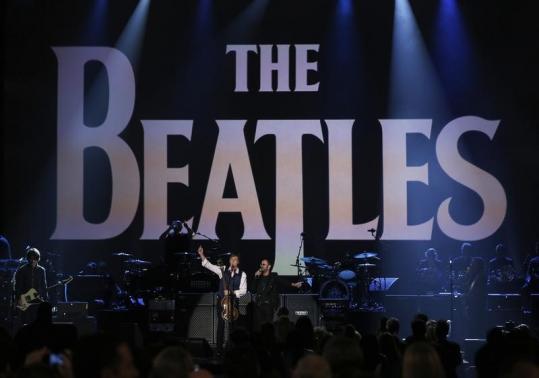 NEW YORK - Paul McCartney will induct his former Beatles band mate Ringo Starr into the Rock and Roll Hall of Fame next month at a ceremony in Cleveland, organizers said on Wednesday. Starr, who was selected in the music excellence category, is among the 2015 music greats who will join the Hall of Fame at a ceremony on April 18 that will mark 30 years of inductions. He was inducted as a member of the Beatles in 1988 but this year marks his entry as the last member of the group to enter as a solo artist. John Lennon was inducted in 1994, followed by McCartney in 1999 and George Harrison in 2004. The late rocker Lou Reed, whose work with the Velvet Underground made them one of the most influential groups in rock, along with punk group Green Day, "Ain't No Sunshine" singer Bill Withers and the Paul Butterfield Blues Band will also be inducted. Other 2015 inductees include rockers Joan Jett & the Blackhearts, who sang the rock classic "I Love Rock' n Roll," rhythm and blues band the "5" Royales, who performed from 1945 to 1965, and the late blues guitarist Stevie Ray Vaughan and the band Double Trouble. Singer Stevie Wonder will be on hand to welcome Withers, Patti Smith will induct Reed and John Mayer will usher in Vaughan. Performers at the show, which will debut on the premium TV cable network HBO on May 30, include singer Beck, rock musician Dave Grohl and Oscar-winning songwriter/singer John Legend. More than 700 artists, music industry professionals and historians help to decide who will be inducted in the Hall of Fame, which was established in 1983. Artists are eligible for induction 25 years after the release of their first record. - Reuters