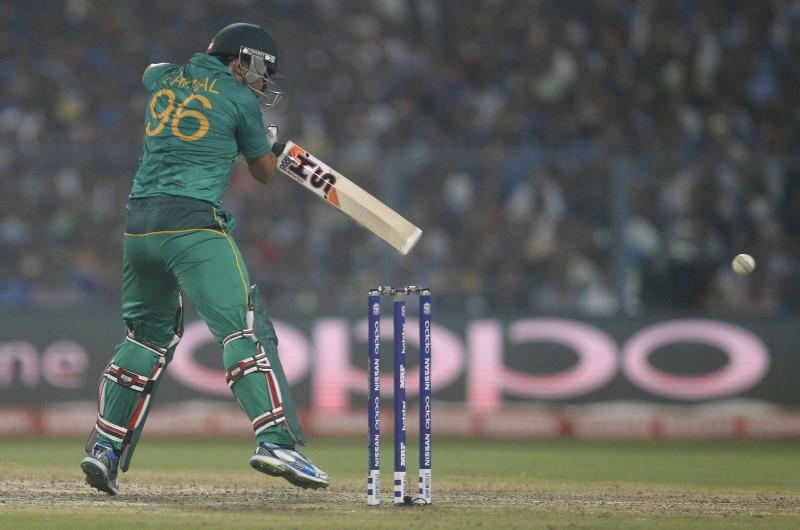 LAHORE (Reuters) – The Pakistan Cricket Board (PCB) is to seek an explanation from wicketkeeper Umar Akmal after he said in a private TV channel's interview that he had been approached to fix matches. The PCB’s anti-corruption unit has scheduled a hearing for Wednesday after Akmal, who has made 116 ODI appearances, told a local channel that he had been offered $200,000 to “leave two balls alone” in a World Cup match against India in 2015. The 28-year-old also said he regularly received offers to fix games against India and that he had always rejected them, but he could be in hot water with both the PCB and International Cricket Council if he failed to report such approaches. Match-fixing has become a major concern for the sport in recent years, and a high-profile incident involving Pakistan on tour to England in 2010 saw Salman Butt, Mohammad Asif and Mohammad Amir found guilty of being part of a plot to bowl no-balls at pre-arranged times during a test. Earlier, Umar Akmal has made startling revelations about the match fixing offers he received during World Cup and against India. He has claimed that he was offered money to miss matches against India in previous World Cups and two deliveries during a match. “I refused the offers and told them that I don’t want this kind of money so do not talk to me on this topic.” Tweeting about the interview, sports journalist Faizan Lakhani said that wonder if Umar Akmal had ever reported these approaches, if not, then this statement will get him in more trouble.