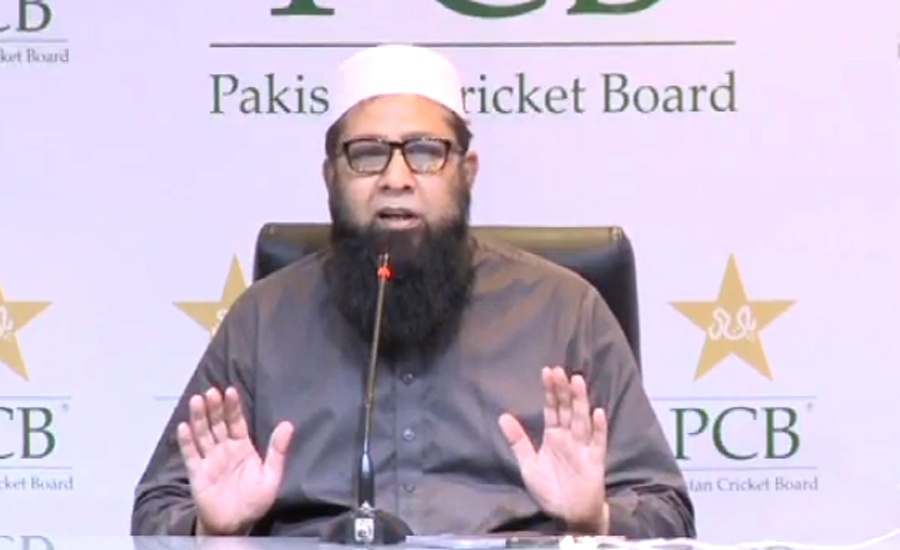 LAHORE (92 News) – Pakistan Cricket Board (PCB) Chief Selector Inzamamul Haq on Wednesday resigned from his post. In a press conference, Inzamamul Haq announced the decision during a news conference at the Gaddafi Stadium in Lahore. He said that he would continue to serve till July 30. “I realized that I did all I could and will resign after my tenure is up at the end of the month,” Haq said. Inzamam said he would be willing to work in another post for the PCB as long as it did not pertain to the selection process. “Cricket is my passion but I do not want to be part of the selection process,” he said. He said that he was satisfied with the Pakistan team’s performance at the World Cup, telling reporters that luck did not go their way. Pakistan finished fifth in the ICC Cricket World Cup 2019 points table missing out on a semi-final berth. The team was tied with New Zealand with 11 points but did not qualify for the final four due to a lower net run rate. “Pakistan defeated the two finalists, won four matches. But they were unlucky that they were ruled out from the semifinals due to the net run-rate.” He also pointed out that a lot of senior cricketers and analysts had criticised the net run rate rule. Inzamam defended his decision to include senior players Mohammad Hafeez and Shoaib Malik who did not perform during the tournament.  “Both these players (Hafeez, Malik) had played well for Pakistan in the last two years.” To a question regarding Imamul Haq in the team after his resigantion, he said: "It is a critical matter for both Imam and me. If you remember, he was selected for the Under-19 team in 2012, when I was not a selector. “He has been playing with an average of 50 and has been playing well. He should get the same regard as other players. Grant Flower (batting coach) came to me and said Imam should be in the team; Mickey Arthur (head coach) said the same. I sidelined myself when it came to Imam's selection. “Please look at his performance. Don't get personal, this is my request to you all.” https://www.youtube.com/watch?v=MVIZ_1kYljA