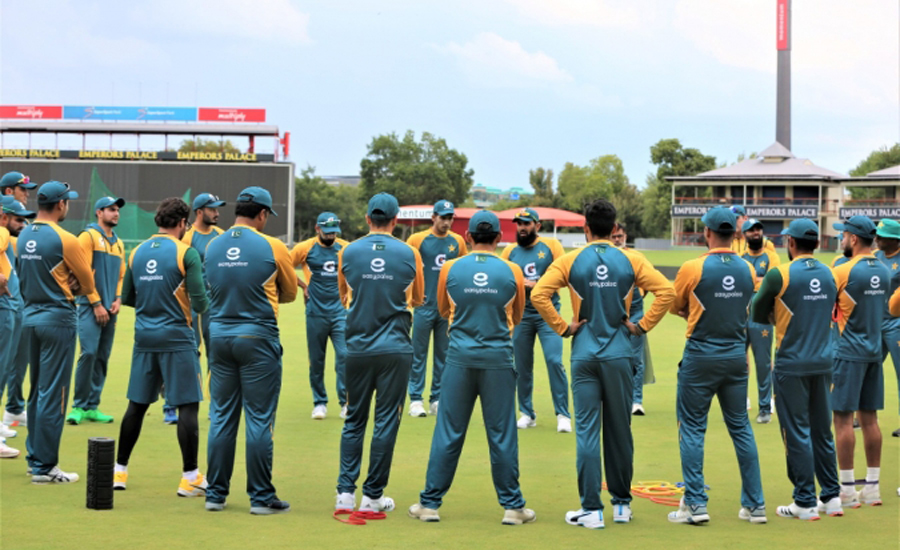 LAHORE (92 News) – The squad for England and West Indies tours to assemble on June 20 in Lahore, where they will stay in a complete room isolation till June 25.

The first COVID-19 testing of these squad members will be held on June 16 in their homes. Their arrival test will be conducted on June 20 in the bio-secure bubble of Lahore.

Squad members will undergo their next Covid-19 test on 23 June, after which they will depart for Manchester on June 25 via chartered flight from Lahore.

The remaining members will join the national men’s squad for England tour from Abu Dhabi. They will travel on a chartered flight from Abu Dhabi to Manchester.

Pakistan squad will travel to Derby from Manchester on June 25, where they will undergo 10-day isolation.

All squad members will stay in a complete room isolation for first three days but they will be allowed to train for the next seven days of isolation.

After completing their isolation in Derby, Pakistan squad will travel to Cardiff, where they will feature in the first ODI against the home team on July 8.

On completion of the three-match ODI series against England, the members of the ODI squad will travel back to Pakistan on July 15.

National men’s cricket team will travel to West Indies on July 21, where they will be joined by the Test players on July 26 from Pakistan.

The five T20I match series between both sides will be played from July 27 to August 3 after which the T20I players will travel back to Pakistan.

The Pakistan squad will travel back home on the eve of August 25 from West Indies after featuring in the two-Test match series to be played at Sabina Park, Kingston from August 12 to August 24.