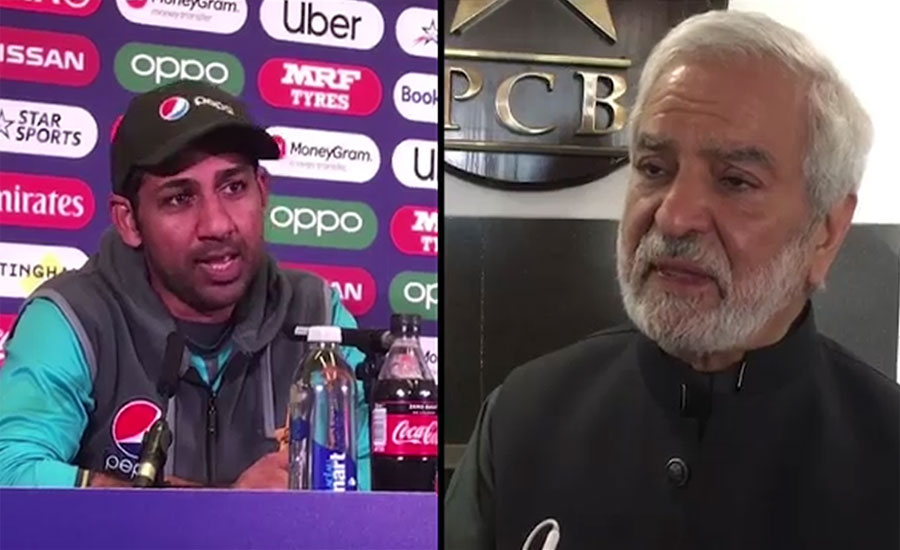 LAHORE (92 News) – The 54th meeting of the Pakistan Cricket Board (PCB) Board of Governors (BoGs) will be held at 11am at Gaddafi Stadium Lahore on Wednesday. The matters related to appointment of auditors for the 2018-2019 financial year, approval of proposed budget, ratification of approved circular resolutions and modification in PCB Rules for Private Cricket Events will come up for discussions. Te BoGs including PCB Chairman Ehsan Mani, Asad Ali Khan, Lt Gen (rtd) Muzammil Hussain, Kabir Ahmed Khan, Imran Farookhi, Muhammad Ayaz Butt, Shahrez Abdullah Khan, Shah Dost and Akbar Durrani will attend the meeting.

On the other hand, Ehsan Mani telephoned skipper Sarfaraz Ahmed and directed skipper Sarfaraz to ignore the baseless media reports and solely focus on the remaining games of the World Cup tournament. During the telephonic call, the chairman motivated the skipper and told him that the team has not yet been eliminated from the tournament hence it should give its best in the coming matches. The PCB chairman said that the team should not divert its attention from the game, remain calm and always remember that the fans have high hopes from them. Sarfaraz expressed his gratitude to the chairman for his support and expressed his hope that the team will meet the nation’s expectations in coming matches. Pakistan will play its next game against South Africa on Sunday.

Skipper Sarfraz Ahmed reprimanded players over dismal performance after suffering an 89-run defeat against arch rivals India at the Cricket World Cup.  After losing the match against India, environment of the dressing room was very tense and the players continued to listen
Talking to the players, he said: “I alone will not be sacked, but several others will also be shown the door.” Senior analyst Mirza Iqbal Baig said that Sarfraz Ahmed is under pressure and there is grouping in the team. Former chief selector Muhammad Ilyas also expressed his anger over the poor performance of the team. He said that the captain himself did nothing against India. During the World Cup, there was a question mark over the performance of the team.