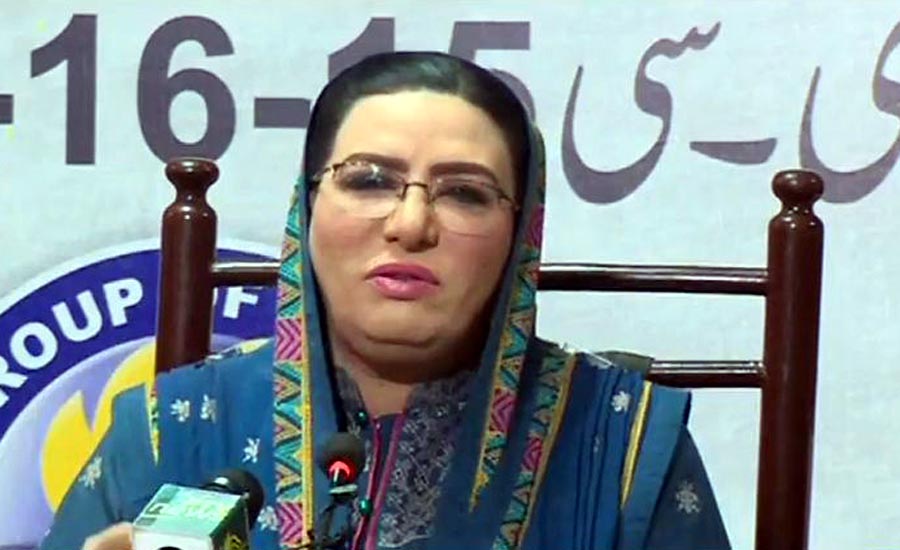 LAHORE (92 News) – Special Assistant to Chief Minister on Information Firdous Ashiq Awan has said that the Pakistan Democratic Movement (PDM) is wailing over the flopd film of resignations and long march.

Talking to the media on Saturday, she said that the convicts make victory signs during the hearing. "Rose petals were showered on Shehbaz Sharif when he appeared for hearing in court. However, the crime should be discouraged," she added.

Firdous Ashiq Awan said that the government is striving for the revival of economy. "Those doing negative politics have failed badly."

She said that the prime minister wants to enforce reforms in the institutions. "The previous governments used the wealth of the masses as fuel to keep their politics alive," she maintained.