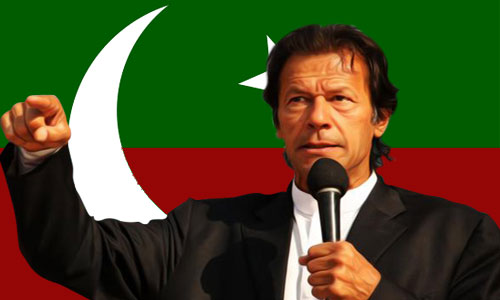 SHIKARPUR: Pakistan Tehrik-e-Insaf chief Imran Khan has said that peace is not possible without depoliticizing the police, 92 News reported. Talking to the media here on Thursday, he said that the war against terrorism is becoming ineffective because the police has been politicized. “How much people’s blood will be sucked in the name of Bhutto in Sindh? How many times Asif Ali Zardari has come here,” he questioned. “I will visit Sindh time and again to bring a real change here.” He claimed that the government has given the people nothing in two years. He asked the Punjab and Sindh chief ministers not to stage dramas. “Nawaz Sharif is busy accumulating money,” he alleged. He said that the next elections will be fair. “The people involved in rigging in the 2013 elections will not be spared,” he added. He again lashed out at MQM chief Altaf Hussain.