ISLAMABAD (92 News) – Foreign Minister Shah Mahmood Qureshi said that peace in Afghanistan is not only guarantor of stability in Afghanistan but also for the entire region.

Pakistan to play its due role for peace in Afghanistan

FM Qureshi also said Pakistan has played its sincere role for peace process and political solution of Afghan issue, and international community is now recognizing its endeavours, he added. Shah Mahmood Qureshi also briefed the envoy about Pakistan's efforts for ensuring peace and stability in the region. He said the international community also acknowledged Pakistan’s stance of reconciliation in Afghanistan.

Omer Daudzai said dialogue is the only viable option to resolve the lingering issues of Afghanistan. The envoy lauded Pakistan's tireless efforts for bring peace and tranquility in Afghanistan and in the region. They also discussed important regional and international issues including Afghan peace process during the meeting. Earlier today, Afghan President Ashraf Ghani’s Special Envoy to Region for Peace Consensus Mohammad Omar Daudzai reached Islamabad on a four-day visit. 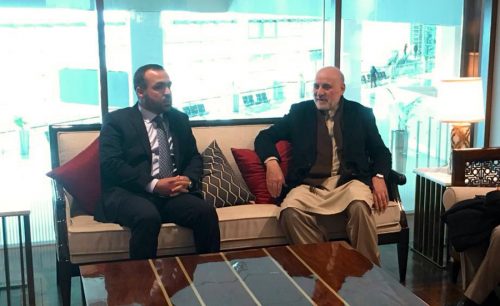