Peace or 'catastrophe' at stake in Iran talks: Oman 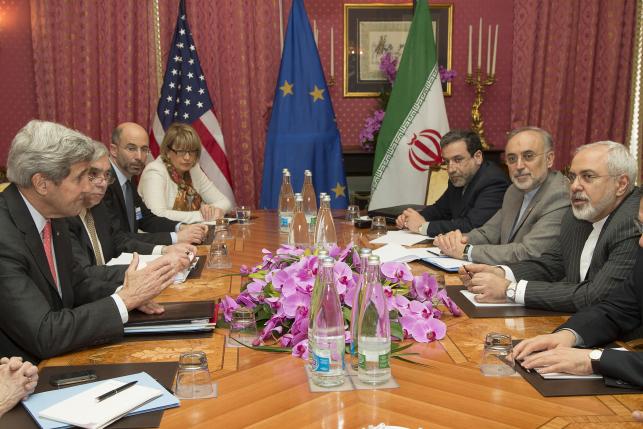 Peace or 'catastrophe' at stake in Iran talks: Oman

MUSCAT - Failure to achieve a deal on Iran's disputed nuclear program would mean "catastrophe" for the region, Oman's foreign minister told Reuters, but an agreement would bring peace despite lingering political disagreements. "There are those who prefer peace, this is why there are negotiations between the 5+1 and Iran," Foreign Minister Yusuf bin Alawi told Reuters in the Omani capital Muscat on Thursday. "Those who prefer wars - they should be willing to accept losses. Heavy losses. Catastrophe." Oman was a key intermediary when Tehran and Washington launched secret talks on a possible nuclear deal in 2013. Oman sees itself as a conciliator in the volatile region. It has a history of constructive relations with Tehran, and recently agreed to buy Iranian gas for the next quarter century. Asked if a deal would lead to a nuclear arms race in the region - a fear often voiced by opponents of a deal, including Saudi leaders - bin Alawi said no. "Everyone has the rights to seek any path which leads to ... more strength, but what is allowed by the international community is peaceful programs," he said. Iran denies seeking atomic weapons, saying its nuclear program is aimed at generating electricity. Major powers suspect the work is intended to obtain a weapons capability. REGION'S DISPUTES WILL PERSIST The minister suggested a deal would not end regional and international rivalries around the Strait of Hormuz, the narrow waterway between Iran and the Arabian Peninsula through which 30 percent of the world's seaborne crude oil is shipped. Oman has watched with unease as rivalry between Saudi Arabia and Iran has spread across the region. Riyadh and some other members of the Gulf Cooperation Council (GCC), of which Oman is a member, believe Tehran is using sectarianism to meddle in Arab countries and build its own sphere of Middle East influence. Oman sees itself as working to forestall any wider regional confrontation. "The differences in political matters will remain. What is the outcome of this will be peace, and the world, or the Europeans and big powers will not use force against Iran," bin Alawi said. - Reuters