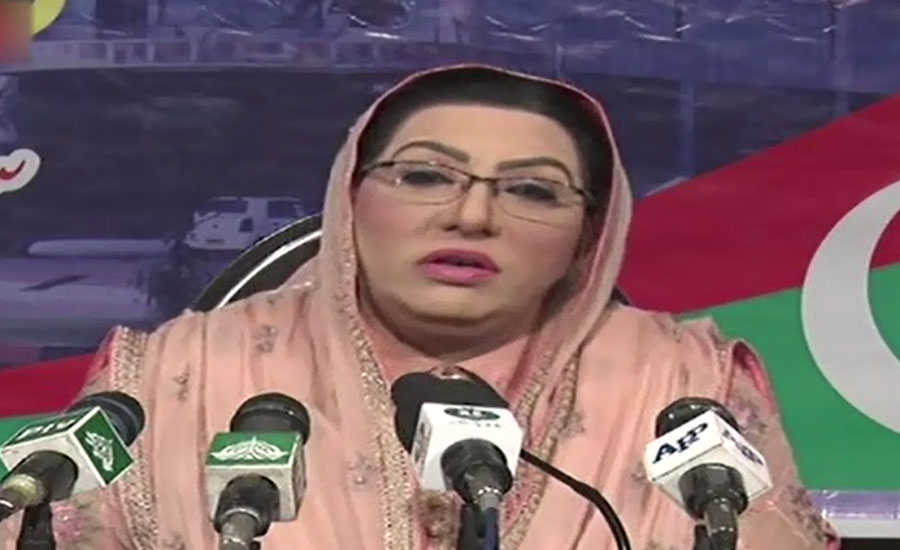 SIALKOT (92 News) – Special Assistant to Prime Minister on Information Firdous Ashiq Awan on Sunday termed that the peace has won after the holding successful elections in tribal districts of erstwhile Federally Administered Tribal Areas (FATA). Addressing a press conference, the special assistant said that peaceful holding of elections in erstwhile FATA indicates that when nation is determined and led by a strong leadership, challenges are transformed into positive opportunities. Firdous Ashiq Awan said that it is the triumph of tribal people, peace and Pakistan, adding that democratic process resulted in victory of Pakistan. She also said 220 million valiant people of Pakistan have defeated the scourge of terrorism with their patience, fortitude and bravery. “The sporadic attacks by terrorists cannot weaken the will and resolve of our people and law enforcing agencies,” the special assistant said. She praised the role of Election Commission of Pakistan (ECP) for making smooth arrangements of elections. Special Assistant also admired media for its responsible reporting. Reacting to the yesterday’s tweet of PML-N vice president, Firdous Ashiq said that the Maryam Nawaz had distorted the facts yesterday. She explained that Prime Minister Imran Khan left for US along with the COAS General Qamar Javed Bajwa, adding, “I think Maryam might have forgotten that General Bajwa had accompanied Shahid Khaqan Abbasi on his visit to Saudi Arabia few months ago. She also said that that former PM Nawaz Sharif was accompanied by former army chief General Raheel Sharif on his Saudi Arabia visit, while General Kiyani accompanied Yousaf Raza Gillani on his US visit. The special assistant said that ‘Raj Kumari’ (Maryam Nawaz) has taken degree in lies. Referring to visit of Prime Minister Imrna Khan to the US, she said a glaring example of austerity has been set by the prime minister who travelled by commercial flight during this visit to save the public money. She further said the premier opted to stay at Pakistan House in Washington and set a unique example of simplicity. https://www.youtube.com/watch?v=WlJ1Rf4nTsc Earlier today, Firdous Ashiq Awan has felicitated the nation on holding peaceful and successful elections in erstwhile FATA. In a series of tweets, the special assistant termed the polls as important progress towards the stability of ‘Naya Pakistan’. The people of tribal areas are getting the reward of their patience in the form of constitutional and democratic rights. In another tweet, she said, “The tribal locals have rejected the ‘so-called guarantors’ of their rights.” Those spitting venom against Imran Khan didn’t bother to say a single word in support of this latest development, she went on to say.