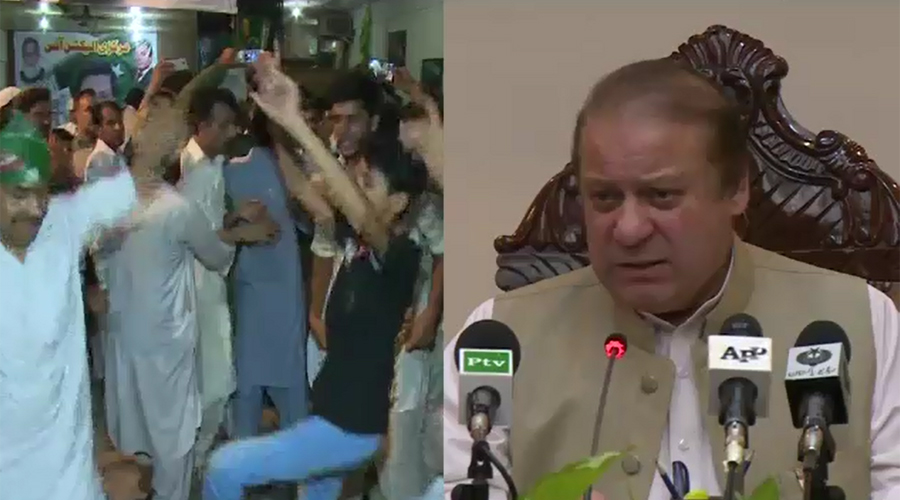 ISLAMABAD (92 News) – Prime Minister Nawaz Sharif has said that peaceful elections in Azad Jammu and Kashmir are a victory of democratic forces. He also congratulated the newly-elected candidates. The prime minister said that democratic system is the reflection of people’s confidence. He said that defeat or victory is part of the electoral process. “But continuity of democracy is the important matter,” he maintained. He urged the elected representatives to work for the welfare of the masses. He will visit Muzaffarbad on Friday and thank the people of Azad Jammu and Kashmir. Earlier, Prime Minister Nawaz Sharif reached Islamabad after 60 days. First Lady Kalsoom Nawaz and other family members also accompanied him. After his arrival, he held a meeting with his staff that briefed him on different affairs.