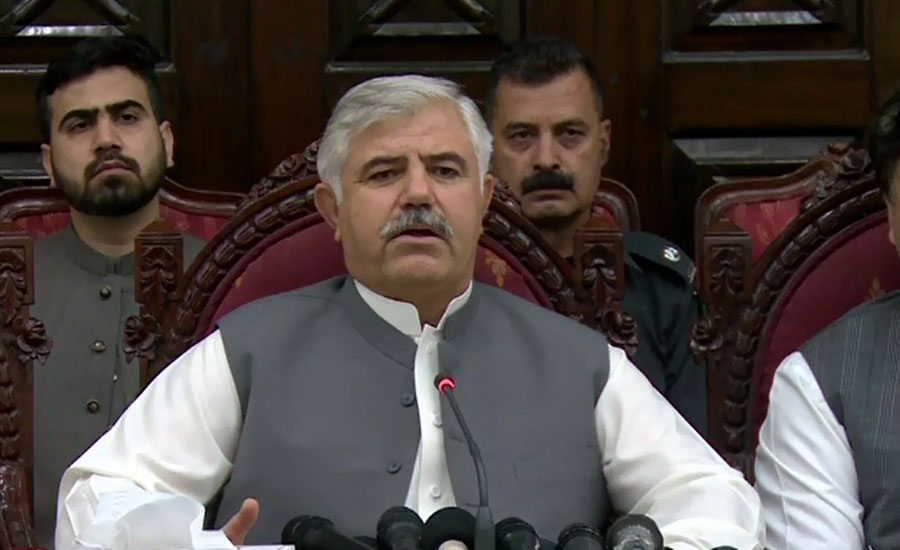 PESHAWAR (92 News) - Khyber Pakhtunkhawa (KP) Chief Minister Mehmood Khan Monday said peaceful elections in seven tribal districts merged with KP's provincial assembly had made the opponents of FATA merger silent, sending them strong message that people now want development in the region. He said the poll results is a clear proof that there was no interference by the government. "Residents of tribal areas have proved that they are pro-democracy and peace lovers," he said, adding merged tribal districts would be brought to par with other districts of KP. He expressed hope that a majority of candidates who had won seats being independents would be joining Pakistan Tehreek-e-Insaaf (PTI). He told media that the winning candidates would be given representation in the provincial cabinet. The CM thanked the tribal people, Pakistan Army, ECP and other departments to ensure peaceful and successful elections in the merged districts of defunct FATA. Responding to a question about losing of 11 seats by PTI, the KP CM said actually their vote got divided after party activists contested elections against party ticket holders. Khan made it clear that those who violated the party's discipline would not be spared. Meanwhile, the Election Commission of Pakistan (ECP) has directed the winning candidates to submit details of expenses they incurred on elections. The ECP made it clear that those who failed to submit details by July 30 would not get their notifications of victory issued.