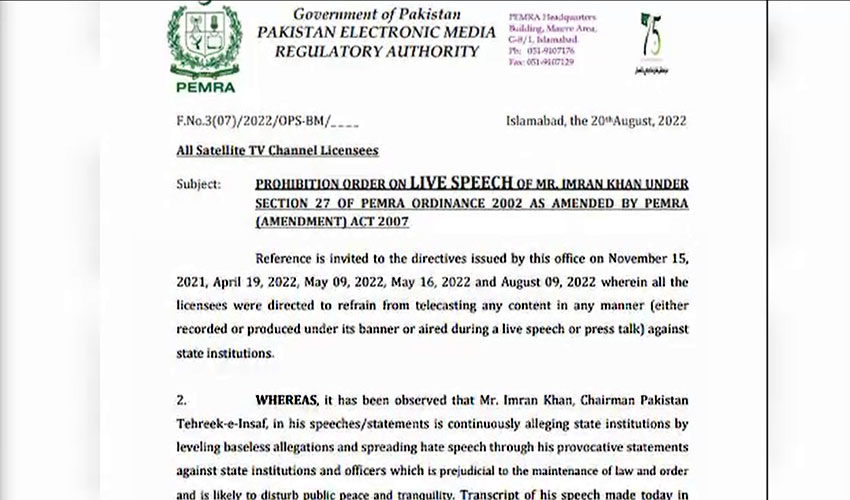 As per the notification by PEMRA, the ban will be under Section 27 of PEMRA Ordinance 2002. All private TV channels will be able to air only pre-recorded speeches of Imran Khan and for this purpose delay mechanism will be adopted to enable monitoring and editorial control of these speeches as per PEMRA rules.

The notification states that Imran Khan is constantly making baseless accusations against state institutions and officials in his speeches which is harmful to the establishment of law and order.

The PEMRA order also mentions Imran Khan's speech at F-Nine Park against the arrest of Shehbaz Gul on Saturday night, in which Imran Khan threatened IG and DIG Islamabad and Magistrate Zeba Chaudhary.