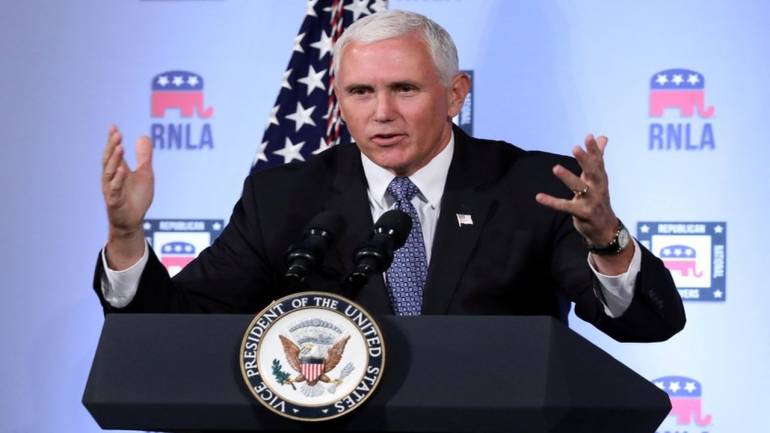 WASHINGTON (Reuters) - US Vice President Mike Pence sharply criticized what he said was China’s theft of US technology on Thursday, and he urged Google to immediately end development of its “Dragonfly” app that would make it easier to track someone’s internet searches.
Pence said in a speech that business leaders are now thinking twice before entering the Chinese market “if it means turning over their intellectual property or abetting Beijing’s oppression.” “More must follow suit,” he added. “For example, Google should immediately end development of the ‘Dragonfly’ app that will strengthen Communist Party censorship and compromise the privacy of Chinese customers.”