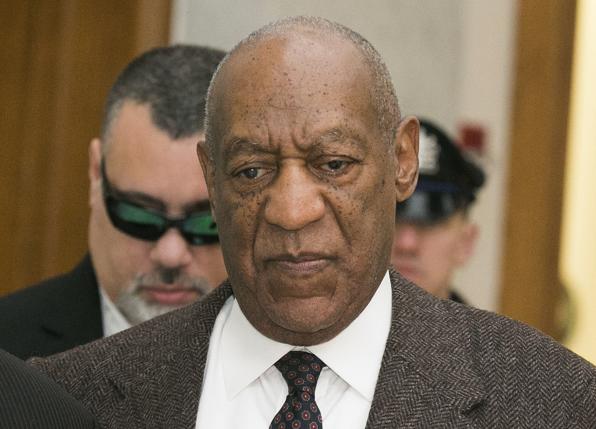 NORRISTOWN, PA. – A Pennsylvania judge refused to dismiss a sexual assault case against Bill Cosby on Wednesday, setting the stage for the first criminal prosecution of the once-celebrated comedian, who has for years denied allegations of assault by dozens of women.

The decision was a loss for the 78-year-old entertainer, who for decades was beloved by U.S. television audiences for his family-friendly brand of humor.

Cosby's attorneys had tried to convince Pennsylvania Common Pleas Court Judge Steven O'Neill that their client could not be prosecuted due to an agreement reached with a former Montgomery Country district attorney more than a decade ago. They never produced a written agreement to that effect.

"I hereby find no basis to grant the relief requested" by Cosby's lawyers, O'Neill said at the end of a two-day hearing in suburban Philadelphia.

A Cosby spokesman said the decision would be appealed.

More than 50 women have accused Cosby of sexually assaulting them in attacks dating back to the 1960s, and several civil lawsuits have been filed against him though many of the incidents are too old to prosecute.

Prosecutors in Los Angeles County last month decided not to charge Cosby over two alleged cases of sexual assault dating to 1965 and 2008.

Cosby, who has repeatedly denied wrongdoing, sat still and silent through Wednesday's court hearing and offered no visible reaction to O'Neill's early evening decision. He could be sentenced to up to 10 years in prison if convicted.

Prosecutors and defense lawyers left court without speaking to reporters.

Cosby's attorneys had called former Montgomery County District Attorney Bruce Castor as their primary witness. Castor testified that he had agreed not to prosecute Cosby in 2005 to clear the way for him to testify in a civil suit brought by alleged victim Andrea Constand, now 44, who has said Cosby plied her with alcohol and drugs before raping her.

"I was hopeful that I had made Ms. Constand a millionaire." Castor testified on Tuesday. Cosby's top lawyer, John Schmitt, testified on Wednesday that he would not have allowed Cosby to give the deposition if he had believed prosecution was possible.

Cosby told the court at the time that he gave Constand what he described as an anti-allergy pill before a sexual encounter he maintained was consensual.

Defense attorneys on Tuesday presented a 2005 press release from Castor's office that they said amounted to an agreement not to prosecute Cosby.

But current Montgomery County District Attorney Kevin Steele attacked the idea that Cosby's lawyers would allow a deal that was never spelled out in a formal non-prosecution agreement and contended such a deal would not have legal force.

"A secret agreement that permits a wealthy defendant to buy his way out of a criminal case isn’t right," he said.

The judge set a March 8 preliminary hearing for prosecutors to begin to discuss their evidence against Cosby.

Karen Polesir, a leader of the Philadelphia arm of Survivors Network of those Abused by Priests, a group that advocates for victims of sexual abuse, praised the judge's decision.

"This is a significant step forward for victims of sexual violence," she said. "We hope this victory will encourage other prosecutors and police to pursue older rape cases." –Reuters