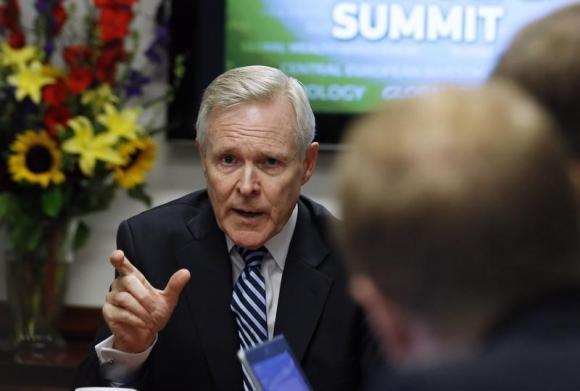 WASHINGTON - The Pentagon is concerned that congressional funding for lists of "unfunded priorities" submitted by the US military services will drain money out of other higher-priority programs, a top official said on Tuesday. Congress uses the unfunded lists as it shapes the yearly budget plan submitted by the Pentagon, often using them to promote specific programs. Big arms makers count on the lists to help underpin their lobbying efforts. Admiral James Winnefeld, vice chairman of the Joint Chiefs of Staff, said the US Defense Department worked for a year to develop a budget that balanced funding and military requirements across the US military, but the "unfunded lists" opened the door for lawmakers to "cherry-pick" and fund programs deemed less important by the Pentagon. "If Congress is going to cherry-pick from an unfunded list and pick something that they love, then something that we think we need is going to have to fall off," Winnefeld told Reuters after a conference hosted by Credit Suisse and McAleese & Associates. "The problem ... is that they're not going to give us more money to fund these things so something else will have to come out of the budget that we thought was more important." Last year, the Navy added 22 Boeing Co EA-18G electronic attack jets to its unfunded list after leaving them out of its budget. Congress ultimately funded 15 jets, allowing Boeing to extend that production line through the end of 2017. Navy Secretary Ray Mabus last week signed off on a list of unfunded priorities compiled by Chief of Naval Operations Admiral Jonathan Greenert. The list has now gone to Defense Secretary Ash Carter and the Joint Chiefs for review. Greenert suggested earlier this month that the list could include some F/A-18E/F Super Hornets built by Boeing to deal with a possible shortfall in fighter jets given delays in extending the life of older-model Boeing F/A-18 jets. Boeing is counting on additional orders from the Navy to extend the St. Louis production line where it builds the planes beyond 2017. Navy officials say they are also keen to see production continue to preserve the option of buying Boeing EA-18G electronic attack jets, which are built on the same line, given ongoing studies about possible electronic warfare needs. - Reuters