People are dead but Bhutto is still alive: Firdous 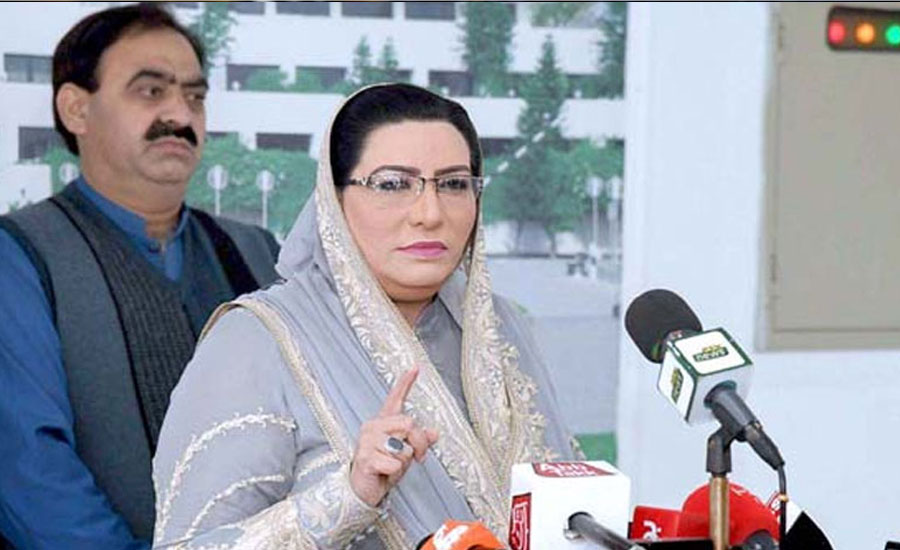 People are dead but Bhutto is still alive: Firdous

HAFIZABAD (92 News) – Responding to Pakistan Peoples’ Party (PPP) Chairman Bilawal Bhutto Zardari’s remarks in his party’s convention at Quetta, Special Assistant to Prime Minister on Information Firdous Ashiq Awan has said that the people are dead but Bhutto is still alive. While addressing an oath taking ceremony of Hafizabad Press Club’s newly elected leaderships, the special assistant said that the deposed corrupt political leadership was making false narrative to mislead the nation. Criticising the PPP leadership, Firdous Ashiq Awan said that the stubborn child [Bilawal] is discussing about the finger of umpire in his every procession. “Bilawal should know that umpire whom you refer in your speech is the people who rejected your leadership in Larkana polls. PPP chairman will have to remain in anxiety for the next four years,” she added. “Some people are attaching the pain of their rule with public and they have rule only for their family’s interest,” the special assistant mentioned. He also said that the ideology of late Zulfikar Ali Bhutto had expired as the poor masses in Sindh were dying of poverty, malnutrition and dog bites. “They only feel pain of poor masses when they are not in power. Public to them means their dear ones and close aides. But, the real problem and matter for concern is the looted money they have plundered from this country,” she added. Firdous said a politically immature party leader (Bilawal Bhutto Zardari) was elaborating the political philosophy of Zulfikar Ali Bhutto in Quetta, claiming himself as Bhutto's successor and son of Benazir Bhutto. “He should realize that Larkana the city of late Zulfikar Bhutto has failed to provide medical relief to dog bite victims and the people of Thar are dying due to poor nutrition.” “If the Bhutto’s ideology was alive then the plunderers of public money would have been behind the bars,” the special assistant said. “Prime Minister Imran Khan believed in meritocracy whereas the Sindh government leadership was totally controlled by the PPP top brass," she added.