People in govt have monopoly on trade of steel, chicken & eggs: Bilawal Bhutto 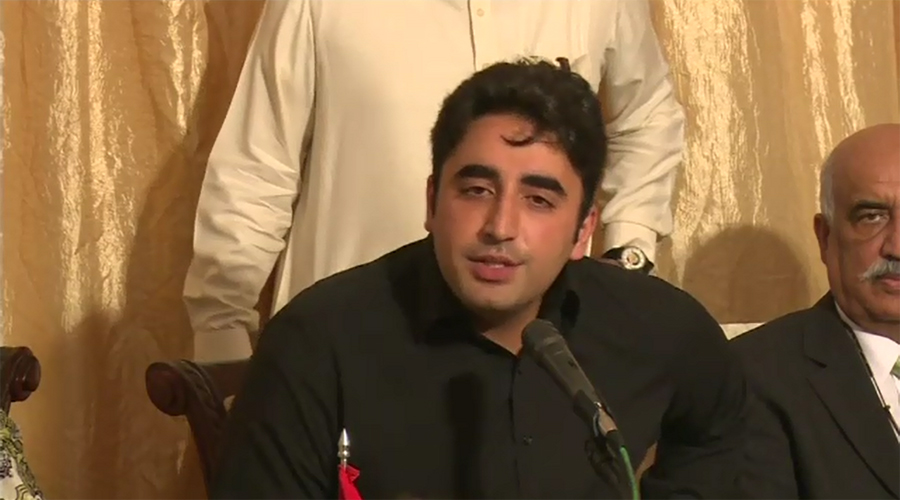 People in govt have monopoly on trade of steel, chicken & eggs: Bilawal Bhutto

ISLAMABAD (92 News) – PPP chairman Bilawal Bhutto has said that the government has monopoly on the business of steel, chicken and eggs. Talking to the media on Tuesday, he said that the rulers only think about the business, not the people. “What has the government done in three years?” he questioned. The PPP chairman said that he was sure the AJK people would vote for the PPP. “Prime Minister Nawaz Sharif will forget about the old sit-in if the AJK polls were rigged,” he said. Bilawal Bhutto said that the Panama Leaks was the biggest corruption scam in the world. “We have been demanding accountability of Prime Minister Nawaz Sharif since April, which could not be fulfilled,” he said. He said that he agreed with Imran Khan’s statement that Nawaz Sharif’s style of government was a threat for democracy. Criticizing the foreign policy, he asked which border had no tension. “Former president Asif Zardari signed the Iran gas pipeline agreement despite all pressure,” he maintained.