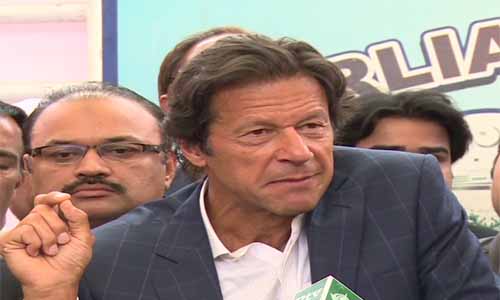 ISLAMABAD (92 News) – Pakistan Tehreek-e-Insaf chairman Imran Khan said that they had come on roads as they had no option for investigation into the election rigging. Talking to the media after the postponement of the parliament’s joint session until 5pm, he said that N-League talked about rigging in Sindh and Asif Zardari in Punjab, while rigging was pointed out in Balochistan. “The people raising hue and cry in the NA are afraid of the proceeding of the judicial commission. I stand by my stance that the election was rigged. We have proofs and will give them to the judicial commission,” he said. However, he left the place without answering the queries of the journalists.