People who violated law have always been spared in Pakistan: Imran Khan 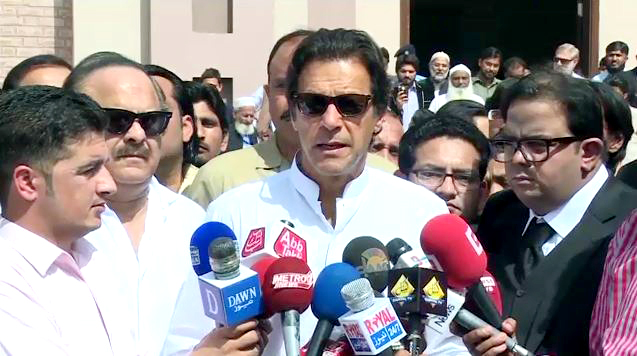 People who violated law have always been spared in Pakistan: Imran Khan

ISLAMABAD (92 News) – Pakistan Tehreek-e-Insaf chairman Imran Khan has on Tuesday said that the people who joined sit-in are forced to visit court but in democracy peaceful protest is everyone’s right. Talking to media after reaching Diamond Cricket Ground in Islamabad on Tuesday, Imran Khan said that the people exposed in Panama leaks are not being investigated, while the world has launched investigations against the people exposed by the leaks. He said that the people who violated the law have always been spared in Pakistan and cases of terrorism are registered against weak and innocent people as they raised voice against rigging. The PTI chairman said that the situation would have been different if Misbahul Haq was the captain instead of Shahid Afridi, adding that only one man should be the captain in all three formats. He said that his meeting with the team players in Kolkata is being misinformed as he just met the team to raise their morale.