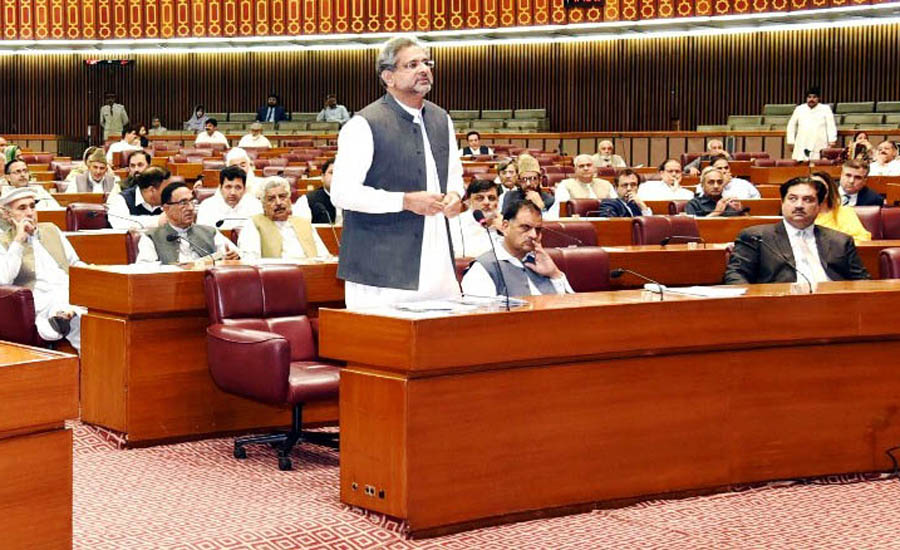 ISLAMABAD (92 News) – Prime Minister Shahid Khaqan Abbasi has said that the people will decide about the defectors in the general elections 2018. Speaking in the National Assembly on Thursday, he said that a few people had left the N League and look at their past. “They have adopted their past route and faced no problem for four years,” he said. “What happened in four years? Such people continue to come and go.”