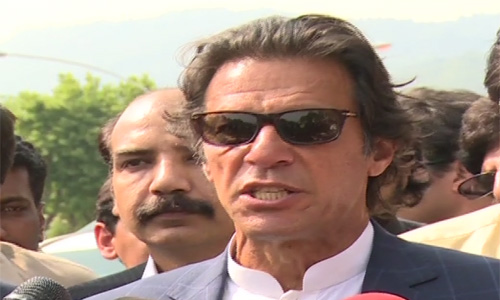 ISLAMABAD (92 News) – Pakistan Tehreek-e-Insaf (PTI) chairman Imran Khan has said that the elections were rigged under a plan and the government will not be able to conceal it. Talking to the media outside the Supreme Court on Thursday, he said: “Today is a golden day for democracy. The people will know first time how the mandate is stolen.” The PTI chief said that they would accept the results whatever it be. “Cricket benefitted with the arrival of the neutral umpires.” He said that they would prove what happened in the election. “2015 is the year of the election.” He said that returning officers had played a role in the rigging. “The returning officers did not allow candidates in the room where they prepared the results,” he added. “We are very happy today as the Supreme Court has set a direction.” Imran Khan said that the judicial commission is serious. “The history is in the making and democracy will go one level up,” he maintained.