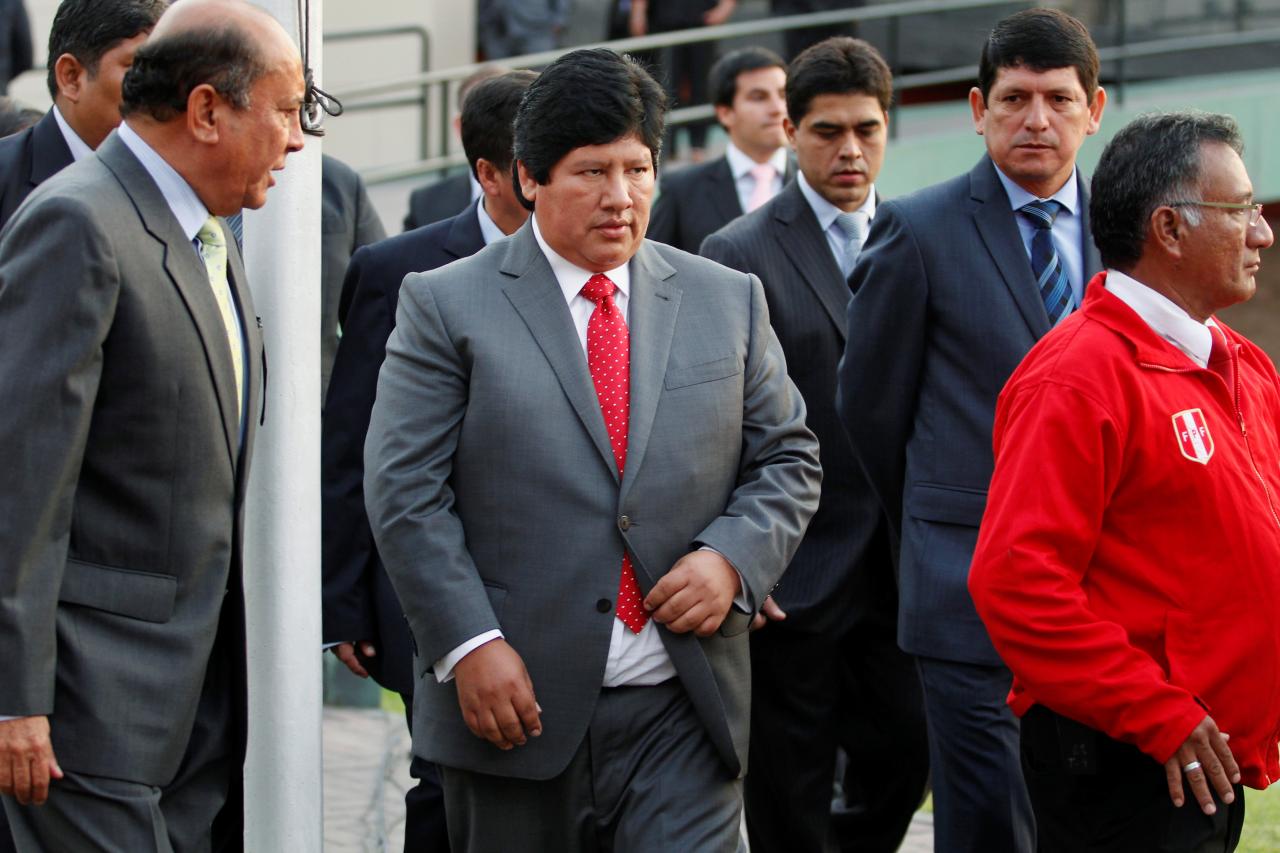 LIMA (Reuters) - The president of the Peruvian Football Federation (FPF), Edwin Oviedo, was arrested on Thursday in connection with an influence-peddling probe involving a former Supreme Court justice, a lead prosecutor said. The FPF represents and is funded by soccer’s world governing body FIFA, which has spent years trying to remake its image after a slew of graft scandals. Prosecutors in Peru have accused Oviedo of giving former Supreme Court Justice Cesar Hinostroza cash and World Cup tickets in exchange for a court-ordered exclusion from a murder probe. Oviedo and Hinostroza have repeatedly denied wrongdoing. Oviedo was arrested on grounds he was part of a criminal organisation made up of judges, lawyers and businessmen that infiltrated the country’s justice system, prosecutor Jorge Chavez said in comments broadcast on local TV channel ATV. Oviedo’s attorney and company, Grupo Oviedo, did not immediately respond to requests for comment. Oviedo took the helm of the FPF in 2015. A year later, the Supreme Court excluded him from being investigated for allegedly ordering the killing of his foes at Tuman, a sugar company dogged by labour disputes after he acquired it in 2006. Oviedo has denied any role in the murders and said the investigation into him violated due process. It was unclear how long Oviedo might be detained. Earlier this month, the lead prosecutor on the Tuman murder investigation asked a judge to order Oviedo’s arrest for up to two years to ensure he cooperates with prosecutors. But a decision has not yet been handed down. Oviedo’s predecessor, Manuel Burga, also spent time in jail before being acquitted of racketeering conspiracy by a US jury a year ago.