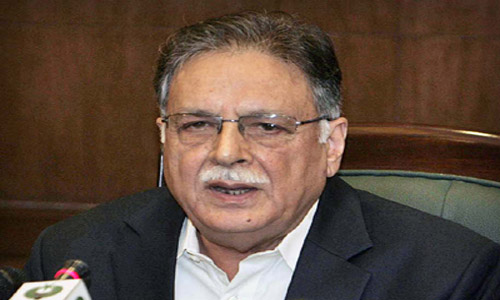 ISLAMABAD (92 News) – Federal Minister for Information and Broadcasting Pervaiz Rasheed has said that Imran Khan will forget the people of AJK and Gilgit-Baltistan the same way he forget the people of Khyber Pakhtunkhwa after getting their votes. Talking to the media on Sunday, he said that Imran Khan had an idea of forming his party in AJK and Gilgit-Baltistan on the occasion of the elections. “Imran Khan is claiming of bringing a change, but in fact he is forming a new party after recycling deserters,” he said. Pervaiz Rasheed claimed that the PTI had issued a ticket as bribe to purchase the bureaucracy in Azad Jammu and Kashmir. “The PML-N has issued tickets to honest and competent workers who participated in the struggle for democracy.” The minister said that European Union commentators have declared the 2013 general elections transparent.