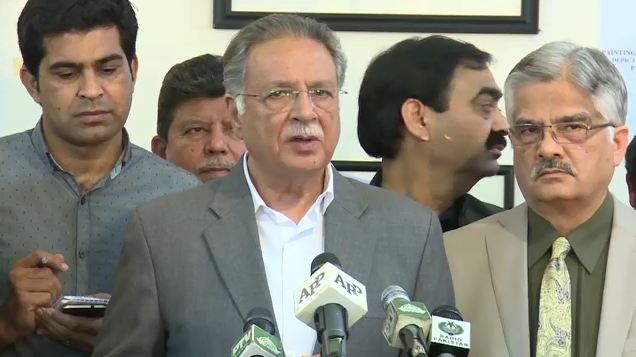 ISLAMABAD (92 News) – Federal Minister for Information and Broadcasting Pervaiz Rashid has on Monday rejected the allegations of corruption against Prime Minister Nawaz Sharif and his family are baseless and whatever they earned was due to their hard work and honesty. Talking to media in Islamabad on Monday, Pervaiz Rashid strongly criticized Pakistan Tehreek-e-Insaf chairman Imran Khan and declared his reaction unjustified. He said that the prime minister’s children would have been criticized if they had business in Pakistan, adding that his two sons are doing businesses abroad like hundreds of thousands of other Pakistanis doing the same in other countries. The minister said that the PTI chairman only knows how to criticize as neither he knew politics nor he knows economy.