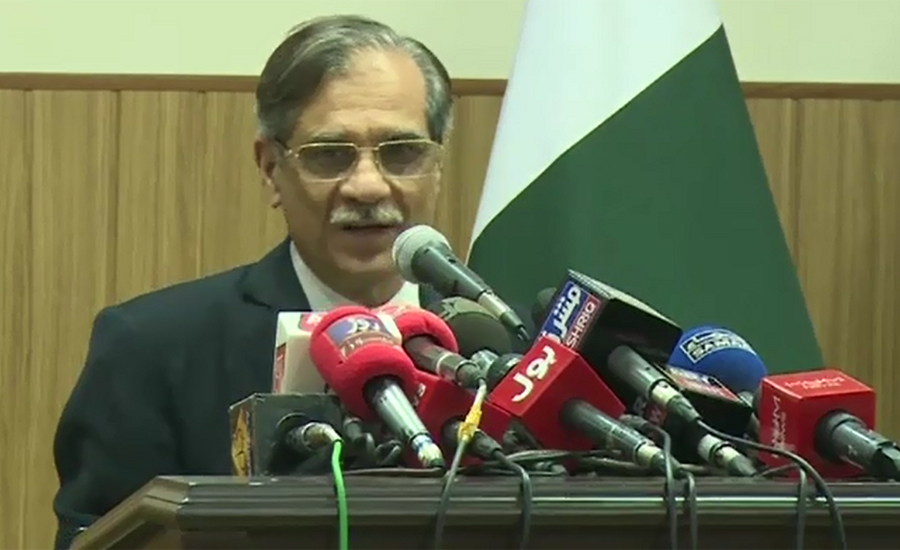 ISLAMABAD (92 News) – Chief Justice Saqib Nisar on Tuesday remarked that former president Pervez Musharraf was a usurper and he should answer to his acts after returning to the country. Hearing the Gun Club Land Allotment case, he said that Pervez Musharraf was not authorized to allot even a kiosk. “How can Pervez Musharraf allot the land? This land is not property of anyone’s father,” he remarked. The additional attorney general told court that five shooting ranges, a dining hall, a lounge, three swimming pools, a health club, a saloon and three tennis courts have constructed on the road. Justice Ejazul Hassan said that it had become a complete club. “Why not the drunkards be arrested from the club this evening? We should give the land to a hospital now,” he said. The CJ remarked that the club was constructed for SAF Games and now it should be shut down. The court adjourned the case until July 9. On Thursday, the Supreme Court had directed an additional attorney general to furnish details about the Gun and Country Club’s lease, construction and the building plan. A representative of the club told the court that the wedding hall was illegal. To this, the chief justice remarked if the wedding hall was illegal why the administration was not demolishing it? The representative said operators of the hall had obtained a stay order from a local court. The apex court had asked about a party hall on the land which had been leased for shooting range. The club was established on Nov 18, 2002, through the Gun Club Resolution which was subsequently notified by the now-devolved ministry of sports.