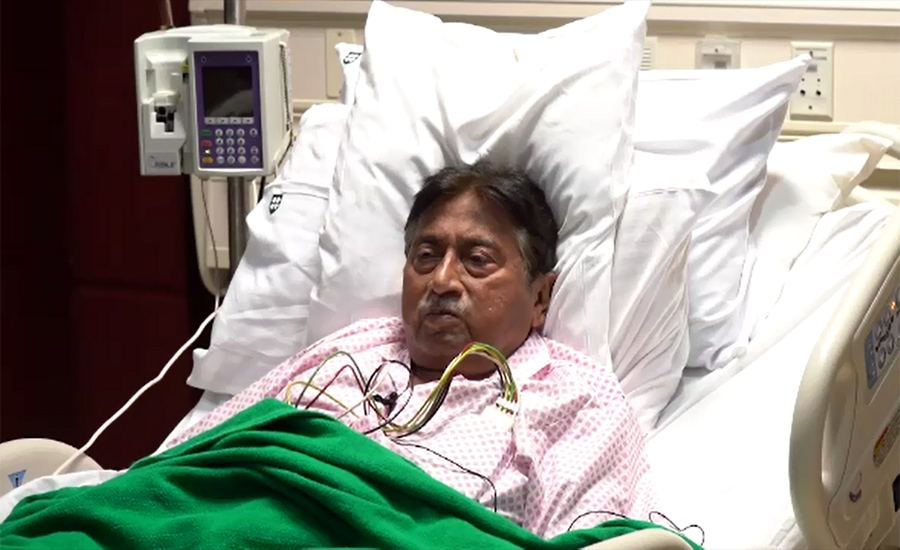 DUBAI (92 News) – The condition of former president Pervez Musharraf is critical in a hospital in Dubai, disclosed sources on Wednesday. Doctors have stopped the APML office-bearers and other people from meeting the former president. An appeal is likely to be filed against the court verdict in consultation with the legal team and close aides of Pervez Musharraf. On December 17, the special court had handed down death penalty to former president Pervez Musharraf in the high treason case. A three-member bench of the special court headed by Peshawar High Court Chief Justice Waqar Ahmad Seth and comprising of Justice Nazar Akbar of the Sindh High Court (SHC) and Justice Shahid Karim of the LHC announced the short verdict. However, one of the judge dissented from the sentence. According to the verdict, Pervez Musharraf had violated the constitution on November 3, 2007. It has been stated in the verdict that the violation of the constitution is proved against Pervez Musharraf and he is awarded death penalty under Article 6. The detailed judgment will be announced within 48 hours. The high treason case against the former president for clamping the state of emergency on Nov 3, 2007, has been pending since December 2013. He was booked in the treason case in December 2013. Musharraf was indicted on March 31, 2014, and the prosecution had tabled the entire evidence before the special court in September the same year. However, due to litigation at appellate forums, the trial of the former military dictator lingered on and he left Pakistan in March 2016.