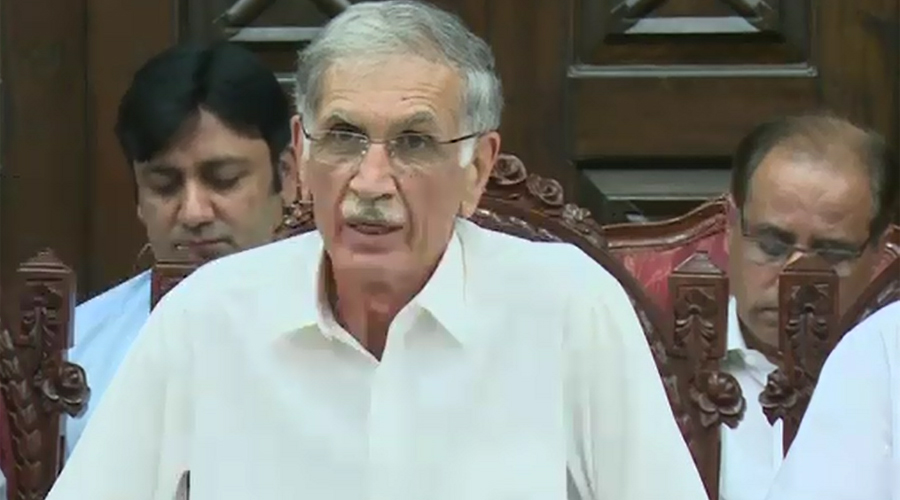 ISLAMABAD (92 News) – Former Khyber Pakhtunkhwa chief minister Pervez Khattak tendered a written unconditional apology from the Election Commission of Pakistan (ECP) for using abusive language during the election campaign on Wednesday here. A four-member bench of the electoral body heard the suo moto notice of using foul language by PTI leader against political opponents during electioneering. Pervez Khattak’s legal counsel submitted a written unconditional apology to the ECP. The bench reserved the verdict and will announce decision on August 9. The written apology stated that he is embarrassed to have used inappropriate language during election campaigns for which he seeks an unconditional apology. Previously, in the similar notice, the electoral commission directed JUI-F chief Maulana Fazlur Rehman and PML-N leader Ayaz Sadiq to submit their affidavits vowing not to use such indecent language again, while additionally asking the legal counsel of Ayaz Sadiq to give arguments in the next hearing on August 9. The ECP had also taken a suo moto notice against PTI chief Imran Khan when he used the term ‘donkey’ for PML-N members who were going to receive Nawaz Sharif at the airport on the eve of his arrival.