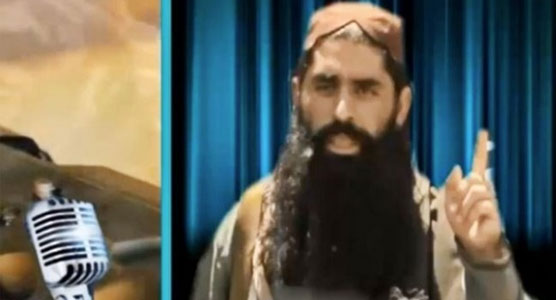 PESHAWAR (Web Desk / Reuters) - Police have registered a case against Umar Naray alias Umar Khalifa, a well-known commander of the outlawed Tehreek-e-Taliban Pakistan's Tariq Geedar group, for his alleged involvement in Friday's attack on Imamia mosque in Peshawar, 92 News reported on Saturday. The First Information Report (F.I.R) has been registered under Section 302, 324, 353, 527 and 7 Anti-Terrorism Act. Umar Naray, who belongs to Adezai area of Matni, has also been nominated in Peshawar school attack case in which more than 150 people, most of them schoolchildren were killed. The style of the imambargah attack was similar to that of the school attack, when gunmen arrived in a car, set it on fire, and broke into the building using a back entrance. Peshawar's Hayatabad Medical Complex said at least 20 people had been killed in the latest attack. The government has pledged to crack down on all militant groups, and has reintroduced the death penalty, set up military courts to speed convictions and widened its offensive in northwestern areas on the Afghan border where militants find refuge.