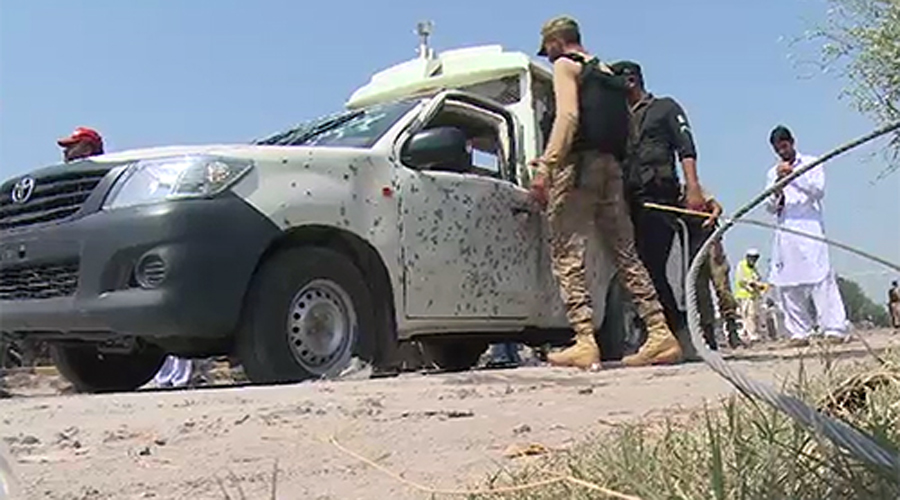 PESHAWAR (92 News) – At least eight police personnel were injured when a roadside bomb hit a police van patrolling was in the area near Warsak Road on Thursday. As per details, a police van was patrolling in the area when the bomb exploded in Darmangi area, injuring eight police personnel. After being informed, security forces reached the site of the blast and cordoned off the area for further investigation. The injured cops were rushed to nearby hospital in Peshawar where two injured cops are in critical condition.