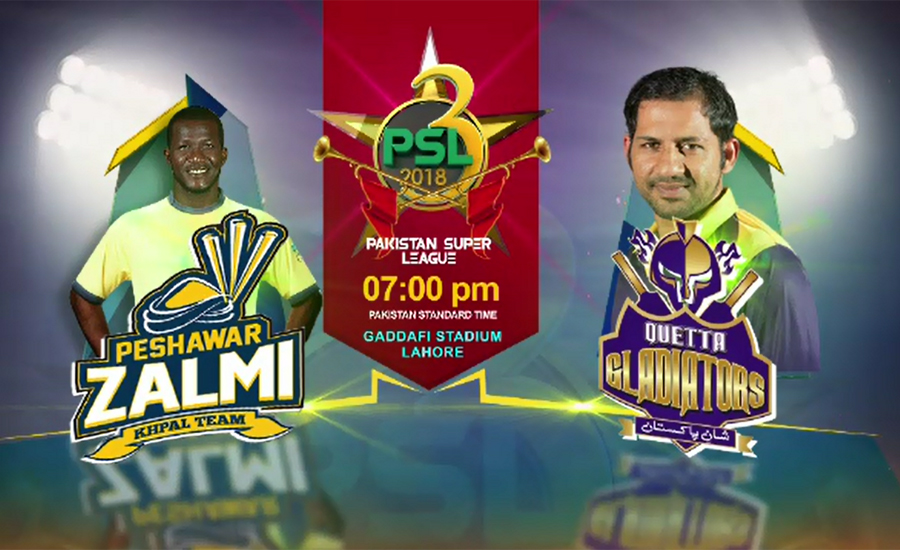 LAHORE (92 News) – In Pakistan Super League, the first eliminator match between Quetta Gladiators and Peshawar Zalmi will be played in Lahore today. The match will start at 1900 hours. The second eliminator will be played between Karachi Kings and the winner of first eliminator game at the same venue tomorrow. Islamabad United have already reached the final of the league, defeating Karachi Kings by eight wickets at Dubai. All necessary arrangements have been finalized for peaceful holding of two eliminator stage play-off matches of the PSL, at Gaddafi Stadium, while shops and offices located around Lahore Gaddafi stadium has been closed for three days and a police contingent of 18,000 personnel have been posted to guard the venue. The Gadaffi stadium has a capacity of 27,000 seats. A comprehensive traffic plan has been chalked out to ensure smooth traffic flow around Stadium and other areas of city. More than 2,000 Traffic Wardens will perform duties on the occasion. To facilitate general public, both sides of the Canal Road, the Jail Road and the Mall will remain open for normal traffic. Spacious parking areas have been designated in nearby areas of Stadium, for cricket enthusiasts from where they will be taken to the Stadium by free bus shuttle service. A 20-bed makeshift highly equipped hospital has been set up at the National Hockey Stadium to meet any emergency.