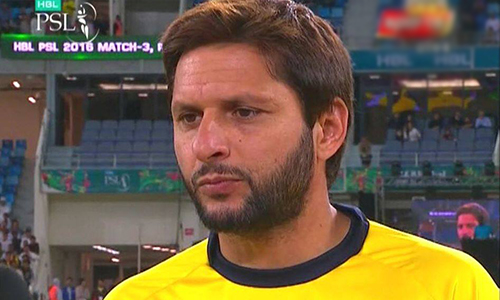 DUBAI (92 News) – Peshawar Zalmi won the toss and elected to bat against Islamabad United in the Pakistan Super League tie at Dubai Cricket Stadium on Friday.

Peshawar Zalmi skipper Shahid Afridi said that the PSL would benefit the game in Pakistan. “All the teams are strong and we can’t say anyone a weak team,” he added.

Islamabad United captain Misbahul Haq said that they would have batted first had they won the toss.