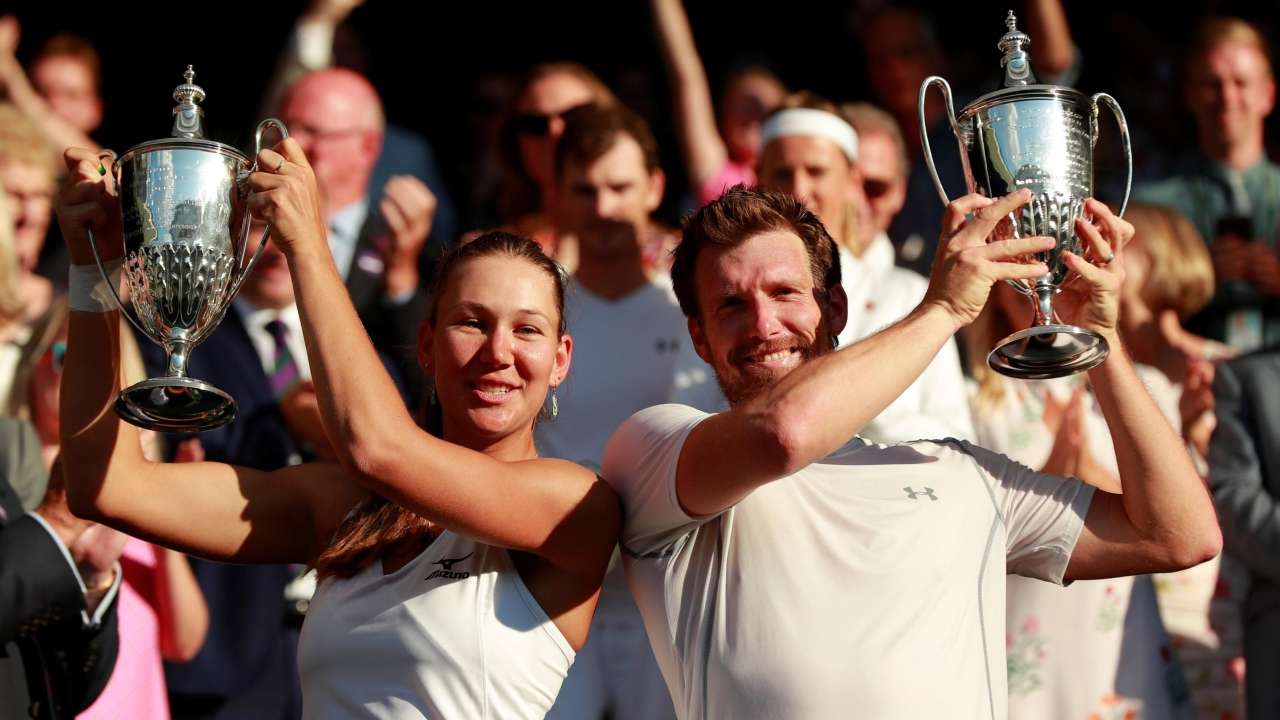 LONDON (Reuters) - Alexander Peya and Nicole Melichar dashed hopes of a British champion at this year’s Wimbledon when they beat home favourite Jamie Murray and Belarussian Victoria Azarenka 7-6(1) 6-3 in the mixed doubles final . Murray, the elder brother of twice men’s champion Andy, had been bidding to win back-to-back mixed doubles titles after his success with Swiss Martina Hingis a year ago. However, after saving a match point at 5-2 down in the second set against the Austrian-American 11th seeds, Murray and Azarenka bowed out by losing the next game.
It was the first grand slam title of any kind for Peya and Melichar. “You dream about winning Wimbledon as a kid, then realise how difficult tennis actually is. It’s a dream just to play here. But to win here, it’s amazing,” said Melichar, who finished runner-up in the women’s doubles with Kveta Peschke. After finally lifting a grand slam trophy at the age of 38, Peya added: “I grew up idolising Boris Becker and his battles with (Stefan) Edberg. “Wimbledon was always a cornerstone for me, playing in the garden with my brother. So to sit here now and be Wimbledon champion, it definitely feels amazing.”