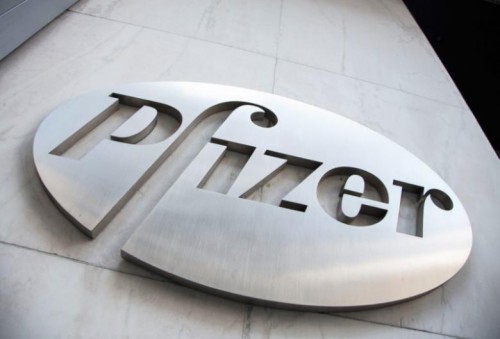 NEW YORK- Pfizer Inc said on Thursday it would sell its global infusion therapy business to ICU Medical Inc for $1 billion in cash and stock that will give it a major stake in the smaller company. Pfizer had acquired the hospital infusion system business, which has annual sales of about $1.2 billion, through its $15 billion purchase in September 2015 of Hospira, which sells generic hospital products and is developing biosimilars meant to compete with big-selling biotech drugs. But Pfizer said in July it was exploring the possible sale of the infusion products to focus on its core pharmaceuticals business. "They're not a strategic fit for Pfizer, which has been looking for a buyer," said John Boris, an analyst with SunTrust Robinson Humphrey. Pfizer will receive $600 million in cash and nearly $400 million in newly issued shares of ICU Medical, giving it a stake of about 16.6 percent in the company. ICU Medical's shares jumped 14 percent to a 52-week high of $143.59 in late afternoon trading, while Pfizer shares slipped 0.9 percent, in line with declines for the drug sector. Chris Lewis, an analyst at Roth Capital Partners, said the addition of Hospira's infusion pumps and intravenous solutions to ICU Medical's needle-free connectors and other intravenous accessories would create a "pure play" infusion therapy company offering a complete set of products. "ICU has been building a war chest for acquisitions and finally delivered on the M&A front," Lewis said. Pfizer spokeswoman Joan Campion said on Thursday the drugmaker had determined that more value could be extracted from the Hospira products "outside of Pfizer," and that Pfizer's stake would allow it to profit from the smaller company's future growth. The deal is expected to close in the first quarter of 2017, the companies said. POTENTIAL DIVESTMENT Pfizer's purchase of Hospira had been seen by Wall Street analysts as a way of bolstering Pfizer's generic drugs ahead of potentially divesting them. But the largest U.S. drugmaker said last week, after several years of analysis, it had decided not to split, instead holding on to its low-growth generics business because splitting it from Pfizer's patent-protected products would not boost cash flow or better position the businesses competitively. The biggest part of Hospira's business is sterile injectables, such as antibiotics and pain medicines preloaded into syringes. Combined with such products already owned by Pfizer, they generate annual sales of about $6 billion. ICU also makes devices and supplies used in hospital critical care settings, as well as safety systems for managing and delivering hazardous chemotherapy drugs. The San Clemente, California-based company said it expects 2016 adjusted profit of $4.60 per share on revenue of $370 million. Analysts were expecting $4.54 per share and revenue of $367.3 million, according to Thomson Reuters I/B/E/S. ICU Medical's financial advisers are Barclays and Wells Fargo Securities, while Latham & Watkins is its legal adviser. Pfizer's financial advisers are Goldman Sachs and Guggenheim Securities. Skadden, Arps, Slate, Meagher & Flom LLP and Ropes & Gray LLP are its legal advisers. -Reuters