ISLAMABAD (92 News) – The pharmaceutical industry across Punjab on Monday go on one-day shutter down strike for failing to pass the Drugt Act 2017. Call for the strike was given by the Pharma manufacturers Association, Wholesale Chemist council, Retailer druggists and Chemists Association and distributors Association. Pakistan druggist and Chemist Association said that the all the medical stores across the province will stay close till 9pm. The Pharma industry demanded the Punjab government to immediately announce the passage of Drugt Act 2017 otherwise a strategy would be devised for shutter down strike across the country. On the other hand, Patients have been facing difficulties since morning in getting medicines as pharmacies in different cities of the province. Earlier, the Pharmaceutical Association President Arshad Awan last month had said they would shutter down against the promises not being fulfilled in the draft of the Amendment of Drug Act 2017. He said that the pharmaceutical industry was flourishing in the country and contributing to national exports at a high volume. 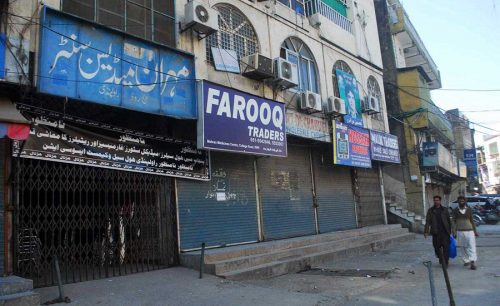