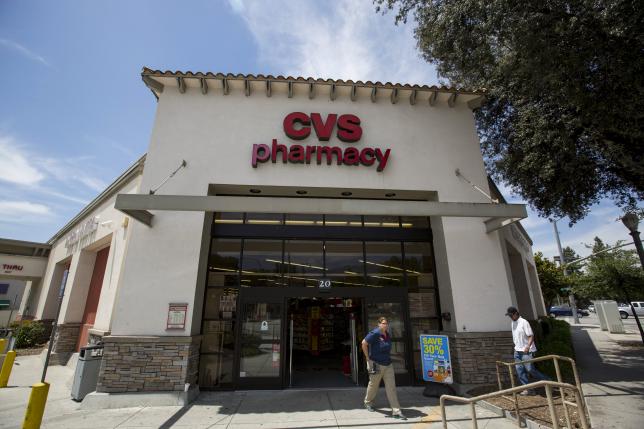 CHICAGO - CVS Health Corp, the second-largest manager of drug benefit plans for U.S. employers and insurers, asked heart specialists on Monday to revamp guidelines for treating patients with high cholesterol after the launch of new, expensive medications. The unusual move is the latest salvo in the war on escalating U.S. healthcare costs, with insurers using aggressive tactics to extract steep price discounts from drugmakers, even for the newest medications, and controlling patient access to the most expensive drugs. CVS, in a letter published in the latest edition of the Journal of the American Medical Association, said current guidelines, which include a formula for assessing heart disease risk rather than specific targets for levels of "bad" LDL cholesterol, do not provide clarity on how to choose the best, and most cost effective, therapy. CVS says LDL targets are needed now that the U.S. Food and Drug Administration has approved Praluent, a potent new drug from Regeneron Pharmaceuticals Inc and Sanofi SA that works by blocking a protein called PCSK9 that helps LDL cholesterol stay in the bloodstream. An FDA decision on a second PCSK9 inhibitor, Amgen Inc's Repatha, is expected later this month. CVS and other pharmacy benefit managers are concerned about the cost of the PCSK9s compared with older cholesterol fighters such as statins, which are available as generics for less than $50 a month. Praluent, given by injection, has a list price of almost $15,000 a year. Both Praluent and Repatha, in combination with statins, have been shown to lower cholesterol by around 60 percent compared with statins alone. "The current cholesterol management guidelines do not provide clarity as to how these expensive new medications could fit in the treatment paradigm, potentially resulting in some scenarios where a prescriber could consider a PCSK9 inhibitor for a low-risk patient,” Dr. William Shrank, chief scientific officer at CVS, said in a statement. The latest treatment guidelines, issued in 2013 by the American College of Cardiology and the American Heart Association, overturned decades of practice in which doctors screened patients for high cholesterol, then sought to reduce LDL to a specific level. The new guidelines dropped an emphasis on specific targets for LDL levels. Instead, they suggest that an individual patient's risk of developing heart disease rather than an LDL number should be used to determine the need for more intensive treatment. Dr. Troyen Brennan, chief medical officer for CVS, said that if the guidelines are not changed, CVS will use its own targets, which will vary depending on patient history. "We expect patients to first use statins," he said. "If they can't use statins, or can't make (LDL) targets, then they would use PCSK9 inhibitors." Some prominent cardiologists have questioned the 2013 guidelines, but the ACC and AHA have shown little appetite to return to LDL targets. "LDL may or may not correlate to cardiovascular outcomes," Dr. Kim Allan Williams, president of the ACC, told Reuters last week. Williams said on Monday, "The potential of this new class of drugs is exciting, and we look forward to data from the clinical trials in progress that could demonstrate whether these new cholesterol-lowering drugs will benefit a wider group of patients. In the meantime, ... any changes to them (guidelines) must be supported by evidence." The AHA said in response to a request for comments, "We continually weigh our recommendations against current science and update our guidance accordingly." When Praluent was approved last month, Williams said the ACC recommended that doctors limit prescribing PCSK9 inhibitors "to the very high risk, hard-to-treat groups approved by the FDA." In addition, he said patients should otherwise follow the current cholesterol guidelines, which recommend lifestyle changes and, if needed, statins for most patients with or at risk of heart disease. CVS estimates that about 73 million Americans have elevated cholesterol. "PCSK9 inhibitors will be used chronically — generally for the remainder of the lives of treated patients," CVS said in its letter. "As a result, most payers, both government and commercial, are probably considering thoughtful ways to rationalize the use of these medications." - Reuters