PESHAWAR (92 News) – Peshawar High Court Justice Ayub Khan Marwat and his driver Muhammad Gul Khalil were injured in an attack on their vehicle in Hayatabad area on Thursday. Both injured were shifted to hospital. Later, they were referred to CMH. PHC Chief Justice Waqar Ahmed inquired after the health of the injured judge whose condition is stated to be out of danger. 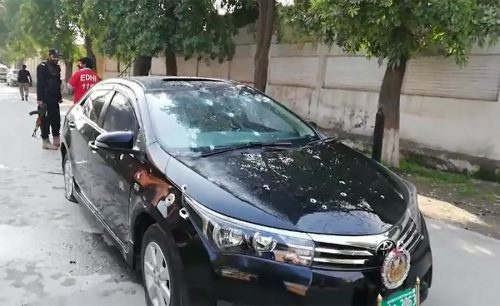 According to the police, the attackers riding on a bike opened indiscriminate fire on the car of Justice Ayub when he was about to leave for office from his house. Meanwhile, Khyber Pakhtunkhwa Bar Council has announced a boycott in protest against the incident across the province.